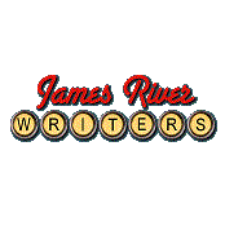 James River Writers proudly announces that the new season of The Writing Show will be held at the Firehouse Theatre beginning with the February 25 Show on Plotting a Hero’s Journey: Fiction, Myth and Scripts with The Richmond International Film Festival.

The January 28 Show on Writing Romance Like Jane Austen with the Jane Austen Society will be held at The Broadberry, where all the 2014 Writing Shows were held.

James River Writers Executive Director Katharine Herndon said, “We are very pleased to begin this partnership with Firehouse Theater. We look forward to more opportunities to partner with the creative community in central Virginia.”

The Writing Show, now entering its 16th year, has been described as “Inside the Actor’s Studio meets the NY Times Best Seller List.” The popular nine-month program brings together published authors, literary professionals, aspiring writers, and book nerds to offer an insider’s look at the craft and business of writing. The Writing Show is designed to be educational and entertaining for readers and writers, while providing an opportunity for networking among the central Virginia literary community.

As part of our new partnership, The Writing Show will now be held on the last Wednesday of each month to better align with other James River Writers events. More information on the speakers will be forthcoming and available at JamesRiverWriters.org

James River Writers is selling season passes that can save the purchaser 25% – 40% off the single-show prices. The pass makes an excellent gift for writers, readers and those who just want to know more about the creative process and the business of books.

March 25 – Life After Rejection: Publishing Advice to Go On

April 29 – Author Website: Build it to Build a Following

May 27 – Writing Virginia into Non-Fiction

September 30 – Self and Hybrid Publishing Step-by-step

James River Writers was established in 2002 by a group of local writers who saw the need to support the growth of the region’s literary community and builds community by connecting and inspiring writers and readers in central Virginia through educational events such as The Writing Show series, Master Classes, and our annual conference, as well as writing competitions such as the upcoming Best Unpublished Novel Contest.

For more information about The Writing Show and any other James River Writers activities, please contact Katharine Herndon at [email protected] or visit www.jamesriverwriters.org.