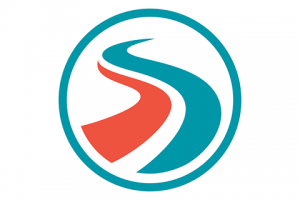 GasBuddy reports Monday morning that gas prices in Virginia are unchanged in the past week, averaging $2.33/g today, according to GasBuddy’s daily survey of 4,081 stations.

“Gasoline prices have now slid to their lowest level since March thanks to rising U.S. gasoline inventories and sluggish demand, certainly bringing some Christmas cheer to motorists,” said Patrick DeHaan, head of petroleum analysis for GasBuddy. “The jump in gasoline inventories has been so large it has offset oil prices which touched $60 per barrel last week, as well as the U.S. and China suggesting they’ve reached a trade deal. Pending more significant proven trade ties between the two major countries, we may have seen the rally in oil stall for now, as refined product inventories post notable jumps going into the end of the year. It may take more inspiration for oil’s recent run to translate over into lackluster gasoline, with motorists the clear beneficiaries- they’ll be able to spend a bit more on shopping for those last minute Christmas gifts.”

Historical gasoline prices in Virginia and the national average going back a decade:

GasBuddy is the authoritative voice for gas prices and the only source for station-level data spanning nearly two decades. Unlike AAA’s once daily survey covering credit card transactions at 100,000 stations and the Lundberg Survey, updated once every two weeks based on 7,000 gas stations, GasBuddy’s survey updates 288 times every day from the most diverse list of sources covering nearly 150,000 stations nationwide, the most comprehensive and up-to-date in the country. GasBuddy data is accessible at http://FuelInsights.GasBuddy.com.