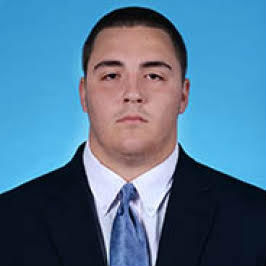 Offensive guard Jared Cohen (Owings Mills, Md.) has announced he will transfer to Virginia for his final three years of eligibility. Cohen has signed grant-in-aid paperwork and will enroll at UVA following the spring semester.

Cohen played in 13 games as a true freshman at North Carolina in 2014, including starts against Clemson and East Carolina. Cohen opted to not return to UNC for his sophomore season, sitting out the entire 2015 season.

Cohen played in the Chesapeake Bowl, a postseason all-star game for players from the Mid-Atlantic region. He was a two-time all-state and all-conference selection. Cohen was named first-team All-Metro by The Baltimore Sun.