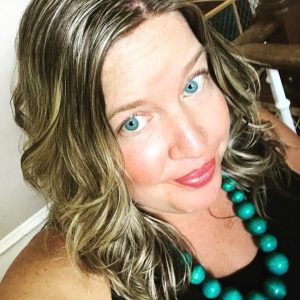 I’d been hearing for months about Rachel Hollis and her book “Girl, Wash Your Face.” So when my turn came to select the next read for our book club, I knew this was my recommendation.

For many reasons, I think I was destined to read this book. As I turned the pages, I jotted down the many things I share with the author.

I think “Girl, Wash Your Face” means just what it implies. You control your happiness. You need to keep promises to yourself. You need to put yourself first.

You have to stop comparing yourself to unrealistic ideals you see on Pinterest or social media. It doesn’t matter if someone else looks more put together than you. They may be on that given day. But they aren’t taking pictures of themselves leaving the gym or going to the grocery store with no makeup on either.

Hollis says in her book that every day is a chance to start over. One year ago this week, I left what I thought was a dream job that combined my marketing skills with my passion working in suicide prevention. But the hours were long and the expectations were impossible. While I’ve never suffered major depression, my own mental health was suffering in a big way.

In the book, Hollis says, choosing to walk away, even if it breaks your heart, is the greatest act of self love … I couldn’t agree more. The day I chose to walk away was the day I put myself first and made my own well-being my top priority.

Even though the job didn’t turn out the way I expected it to, I don’t regret accepting the position. Hollis is right in the book when she says that it would be worse to have not gone after it – and wishing you had.

It took me months to bounce back from leaving that so-called dream job. But as Hollis said in GWYF, you can’t accomplish anything hiding under the covers. It took longer than we expected for me to find myself again and really immerse myself in the media and marketing company I founded with my husband more than 16 years ago.

Tomorrow is a new day, Hollis says in GWYF. As she says in the book, that goal wasn’t for me. I am destined for something better. I have some things in the works now that make me think she is right. I’ve reset, in her words, and I’m ready for whatever the future brings me.

Hollis says in GWYF, you need to set goals and write down dreams. In a nutshell, your life is up to you.

So to write down my goal: The first one is to lose 50 pounds. I’ve done it before, I can do it again. I do want to be healthier. I go to the gym around three to four days a week now. But it’s time to step it up. Maybe then I can work toward an 8K, 10-miler or half marathon.

As Hollis says, there is no expiration date on big dreams. It doesn’t matter if it takes two months or decades. Forward momentum is the only requirement.

Hollis suggests you come up with a mantra and say it to yourself a thousand times a day until it becomes real. Mine is simple. “I’ve got this.”