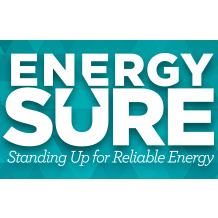 Members of the EnergySure Coalition, a diverse group of 189 businesses, labor organizations, and other local, state and national groups, sent a letter to Virginia Governor Terry McAuliffe on Monday thanking him for his continued, outspoken support for the Atlantic Coast Pipeline.

The letter highlights the significant economic benefits of the project in Virginia, including the creation of more than 8,800 jobs and $1.4 billion in economic activity during construction.

“This project will open the door to bringing new industry to the state of Virginia. If you have the power source, you have the ability to build more and bring more industry,” said Matt Yonka, President of the Virginia State Building and Construction Trades.

Over the next 20 years, the demand for natural gas as a fuel for power generation in Virginia and North Carolina is projected to more than triple. Meanwhile, older coal-fired power plants are scheduled for retirement – reducing capacity to generate electricity and creating an immediate need.

“We can meet our regional energy needs with affordable, clean, natural gas, but our current supplies have reached their limits. The Atlantic Coast Pipeline will connect our region to the nation’s largest supply of natural gas providing reliable energy, stabilizing energy costs and also improving our region’s air quality,“ said Bryan Stephens, President and CEO of the Hampton Roads Chamber of Commerce.

Once in operation, the pipeline is expected to result in almost $38 million in economic activity, support 1,300 jobs and, by 2022, generate $10.4 million in local tax revenue in 13 counties and cities along the route. It also will provide opportunities for new business development and economic growth along the pipeline route while promoting cleaner air.

“[The pipeline] will enhance economic development opportunities for Central and Southside Virginia,” said Renee Chapline, President and CEO of Virginia’s Gateway Region. “We are excited to endorse this project and appreciate the Governor’s commitment to grow Virginia’s economy and to secure our energy future.”

The letter to Governor McAuliffe from the EnergySure Coalition was also sent to members of the Virginia General Assembly.