Angela Lynn: Who is the real education candidate in the 25th?

Front Page » Top1 » Breaking News » Angela Lynn: Who is the real education candidate in the 25th? 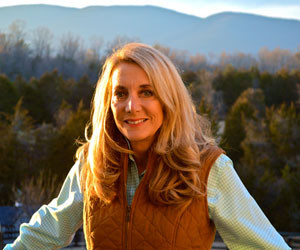 It was recently announced that my opponent Steve Landes was appointed to a  joint subcommittee looking at the Virginia Preschool Initiative. This is curious since Mr. Landes has not been the best friend to education or educators while he has been in office.

This isn’t some partisan legislation. It was meant to improve training for preschool educators, to create, outfit, or expand preschool classrooms, to ensure the availability of preschool education for the children of veterans, and to create innovative early childhood programs for rural communities where access to services is difficult. The legislation wasn’t putting the state in debt either. It was to be funded by “unused moneys allocated by the General Assembly towards the Virginia Preschool Initiative.”

As delegate I would support education at all levels. I know that Virginia can only continue to succeed if we invest in our most valuable resource, our children. By creating and keeping education jobs here in Virginia we can once again rise to the top of the nation in our public education.

Angela Lynn is the Democratic Party nominee for House of Delegates District 25.