Why do people think that CBD is a good idea?

CBD use for a variety of purposes has been a trending topic in recent years. The rise in popularity and usage of CBD are causing the common man and regulatory bodies to wonder the effects of the substance.

With North America’s acceptance of the product, as seen with the federal legalization of cannabis in Canada and the United States’ Farm Bill of 2018, everybody seems to be concentrated on the positive and negative effects of CBD. 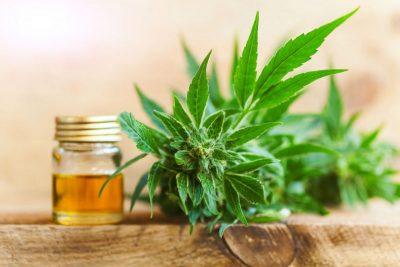 CBD, or cannabidiol, is a non-psychoactive component found in marijuana. It can be used to treat the human body for its benefits, without producing a euphoric high.

With satisfactory research and the changes in governing laws, CBD products have gained immense popularity. People have now started to believe in this drug and its positive effects.

Firstly, the fact that several states in America and Canada in its entirety have either decriminalized or made cannabis legal has created a sense of trust around this substance.

CBD as a treatment for seizures

The enactment of the Farm Bill of 2018 made hemp products and its derivatives legal, which decriminalized CBD oil.

From there, the FDA was able to approve Epidiolex, a drug that had shown immense promise in relieving seizures and overall pediatric epilepsy. Before the law, the drug was not legal due to its CBD content.

Research has reported the positive effects of Epidiolex. GW Pharmaceuticals, the company that produced this particular drug, stated that Epidiolex had 40% of children diagnosed with pediatric epilepsy experiencing half the amount of seizures. Three of those children stopped having seizures altogether after using this approved drug.

The TSA changed its policy in late May of 2019 to allow CBD oils on planes in either carry-on or checked luggage in order to provide further safety and comfort for those experiencing seizures or epilepsy.

As respected organizations and government bodies continue to stamp their seal of approval, more people believe that CBD is not a dangerous drug and can be used to treat certain medical conditions.

CBD oil is being considered as a natural remedy for pain. It is therapeutic, non-inflammatory, and releases healthy chemicals that can significantly relieve chronic pain.

Chronic pain is a persistent form of pain that can be treated with serious medications that have grave consequences, such as addiction. On the other hand, CBD oil is a natural form of treatment for chronic pain and can provide equivalent results, minus the issue of addiction.

Not only does CBD oil offer pain reduction from symptoms induced by grave illnesses, but it also battles with opioid, tobacco, cocaine, and heroin addiction problems.

CBD oil has proven to be a great form of medication. The top three conditions known to be treated by CBD are chronic pain, anxiety, and depression.

A medical study conducted in 2011 concluded that CBD oil helps reduce inflammatory pain because it influences the way the pain receptors respond to underlying cause or stimuli.

Research with CBD and chronic pain in terms of testing how human subjects respond to treatment is on-going, and so far delivering positive results.

With the rise of vaping culture, nicotine and tobacco have become a recurring epidemic in the United States. Not only can CBD oil become an alternative to tobacco, but it can also be used as a treatment for tobacco addiction as well.

A double-blinded study of 24 smokers who were attempting to quit smoking was conducted to see the overall effects of CBD oil and its potential to become a form of treatment.

The results illustrated that those treated with CBD reduced the number of cigarettes smoked by approximately 40% throughout the trial.

CBD as a form of treatment for cancer patients

CBD has shown promise in treating various illnesses. There has been a lot of research in regards to the effects of CBD on cancer patients.

A study published in 2010 had 177 cancer patients try CBD-rich cannabis, and the results showcased that the vast majority of the participants received much more pain relief than that from conventional medicine.

Some of the side effects that cancer patients go through are nausea, vomiting, general pain, etc. and CBD oil can tackle them all.

Breast cancer is a form of cancer that seems to respond to CBD very well. A study distinctly shows that cannabidiol triggers the death of human breast cancer cells and prevents further spreading and progression of aggressive forms of breast cancer.

Chemotherapy and other treatments for cancer can have multiple discomforting side effects, and CBD oil not only subsides these effects but also reduces the size of the tumor.

The British Journal Of Clinical Pharmacology published a study involving 16 cancer patients in the process of chemotherapy. The patients had to use an oral spray containing CBD around 4.8 times a day. The conclusions were that 71.4% of patients reported a reduction in vomiting and nausea when using this spray.

CBD is a good idea for many

While CBD oil can be used to treat some of the minor health conditions, including muscle spasms, acne, vomiting, and minor pain, the future of cannabidiol in modern medical treatment looks promising.

CBD is making its way in the world of treatment by entering as a supporting agent for patients diagnosed with serious illnesses like cancer. This is a big step that will determine the level of human interaction with this substance in the future.

Although humans have become aware of the positive effects of CBD on the body, there is a lot more to learn about this unique substance. People should make the effort to know more about CBD as an option to treat some of their physical or medical conditions.

However, with promising research and subsequently changing policies, people can feel safe about trusting CBD with some of its uses. CBD will continue to impress humankind as a natural alternative treatment to various illnesses, and so far it has proven to be a good idea for many of its users.