What is AWS? Does Amazon control the modern day internet? 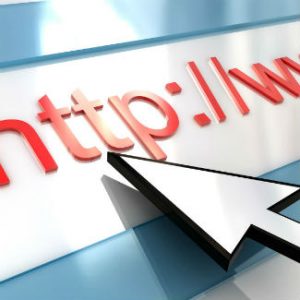 Most people who use the internet have heard of Amazon, but few are familiar with the extent of the company’s business ventures. The corporation includes various businesses, including media, product sales and shipping, electronics and various other things. However, the biggest part of Amazon’s multibillion revenues comes from its Amazon Web Services (AWS) could service.

AWS is by far the biggest cloud computing service in the world and is delivered to millions of businesses and individuals around the world. While other companies such as Microsoft and Google also operate cloud computing services, Amazon has managed to corner the market to a point where many people are accusing them of monopolistic business practices.

If you are wondering what exactly AWS does, the scope is pretty wide. Individual users and small companies use AWS to host their websites and blogs, with sites like Chumba Casino or various entertainment and casual sites you come across every day actually hosted on the platform. Bigger companies use the cloud service to store large databases or run software from remote locations.

What exactly is AWS?

Most internet users are fairly unfamiliar with the systems and infrastructure that actually runs the internet. However, even the less educated among us understand that every website and online service has to be hosted somewhere. In the past, the internet used to be hosted mostly on servers, but the cloud now allows for bigger amounts of data to be stored and accessed in a faster manner.

AWS was developed by Amazon employees, initially for internal use only. Jeff Bezos believed that the company should be fully integrated and that every department within it should be connected to the other. This is how AWS came to existence to help Amazon employees communicate with each other.

The quality of AWS as a cloud service was so high that other companies started becoming interested in it. As time went by, the scope of AWS services expanded and more companies started using it. Today, AWS is used by many giants in various industries including Netflix, Airbnb, Yelp and even NASA.

Does the Internet Depend on Amazon?

Depending on the way one looks at it and the metrics used, up to 40% of all websites on the internet are partially or fully hosted on the Amazon cloud. This may seem pretty harmless as Amazon is such a reputable company, but the implications of such a large portion of the internet being so dependent on a private corporation are pretty massive.

Of course, Amazon is not the only company that is able to offer quality large scale cloud services, but others like Microsoft or Google were pretty late to the party and it took them time to develop the software to match Amazon’s. In the meantime, Amazon kept on increasing its market share, leading them to control the majority of the internet today.

The impact of Amazon on the modern internet becomes pretty clear anytime there is a glitch with AWS. This often leads to many major websites being completely or partially down for hours, which is never good news for the end users.

However, one should not fear any kind of doomsday scenario. While AWS can in fact impact many private businesses that rely heavily on the internet, most government and other important institutions of the world are hosted on private servers or cloud services owned by the governments.

Is Amazon Running a Monopoly?

The Institute of Local Self-Reliance from Washington accused Amazon of running a monopoly and trying to gain full control of the market. However, despite the massive share of internet infrastructure that is controlled by Amazon today, their practices could hardly be called monopolistic. In addition, they do create a lot of jobs.

However, according to Dave Bartoletti of the Forrester market research company, AWS does not control the internet in any kind of monopolistic manner and the sheer fact that other cloud services out there offer a similar level of quality should be enough to let users rest easy about Amazon’s impact over the market.