Kroger seeks to fill 40 jobs in the Shenandoah Valley

Kroger is having job fairs Saturday (May 14) to fill approximately 40 jobs in the Shenandoah Valley.

Hillary Clinton began a two-day tour of Virginia and Kentucky where she will meet with women and young families to discuss issues important to them.

Randy Forbes: My first job taught me this

While I worked a number of summer jobs over the years, I still smile when I remember my early days of glass bottle recycling entrepreneurship.

The House of Representative passed the Capital Markets Improvement Act by a vote of 265-159 on Wednesday.

Report: Number of people working in Virginia highest ever

Virginia’s employment level reached 3,856,100 in December 2015, the highest in the Commonwealth’s history. 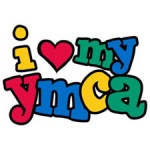 Waynesboro YMCA Childcare is looking for 2 part time aides for our school age classrooms. Hours will be 3-5:30, Monday-Friday, with the occassional potential for more hours on days that school is out due to teacher workdays, inclement weather, or holidays.

During my time in Congress, I have been laser-focused on enacting pro-growth policies to provide hardworking people across the country opportunities for new, good-paying jobs in their communities. This remains my top priority, as too many Fifth District Virginians continue to look for work.

Elizabeth Creamer, advisor for workforce development to Virginia’s Secretary of Commerce and Trade, will speak at the July 1 ceremony celebrating the new name for the Woodrow Wilson Rehabilitation Center.

Community members thinking about a career change or in search of employment will want to attend the career fair at the Harrisonburg campus of American National University, located at 1515 Country Club Rd., on Thursday, June 11 from 4 p.m. to 6 p.m. The event is free and open to the public.

Governor Terry McAuliffe announced Friday that the Commonwealth Center for Advanced Manufacturing (CCAM) has launched a new advanced manufacturing training program for active duty soldiers preparing for the civilian workforce and veterans who have recently transitioned to civilian life.

Tuesday workshop for employers of immigrants in Harrisonburg

Virginia Organizing and NewBridges Immigrant Resource Center will host a workshop featuring a senior trial attorney from the Department of Justice, Office of Special Council for Immigration-Related Unfair Employment Practices, Lisa Zamd, to provide information for employers on how to avoid discrimination in hiring practices.

Virginia has been selected by the U.S. Chamber of Commerce Foundation as one of only seven state and regional partnerships across the country to receive a $50,000 grant award as part of a one year Talent Pipeline Management initiative targeted at closing the workforce skills gap.

Governor Terry McAuliffe announced today that Bechtel Corporation, one of the world’s largest engineering, construction and project management companies, will invest $10 million to relocate its Frederick, Maryland operation to Fairfax County as a result of global restructuring. The project will create 700 new jobs.