Blake Brown went 2-for-3 with an RBI double, but Lynchburg’s losing streak increased to eight Friday night as the Myrtle Beach Pelicans used two different four-run frames to claim an 8-2 victory over the Hillcats in the series opener at Calvin Falwell Field.

Lynchburg plated two unearned runs in the fifth inning but was shutout the rest of the way in a 7-2 loss at Harry Grove Stadium, as Frederick completed a sweep of the Hillcats Sunday afternoon.

Jose Martinez provided the game-winning hit, driving home Eric Garcia from second base in the ninth inning, to complete a three-run comeback and give the Hillcats a 4-3 victory at BB&T Ballpark Wednesday night.

The rain was constant tonight in Winston-Salem, but after a 40 minute delay prior to the first pitch, the Lynchburg Hillcats and Winston-Salem Dash battled through to complete nine innings in just over three hours.

Jarett Miller struck out six while tossing a career-high 7.2 innings, and Jose Martinez homered to contribute to a 5-0 victory against the Salem Red Sox at Calvin Falwell Field Thursday night.

The Lynchburg Hillcats snapped a five-game losing streak with a 7-1 win over the Myrtle Beach Pelicans tonight. 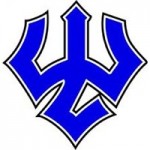