Clemson coach Brad Brownell and players Shelton Mitchell and Gabe DeVoe talk with reporters after the Tigers’ 90-82 win over Boston College on Thursday in the 2018 ACC Tournament.

Clemson holds off late BC rally, advances to face #1 Virginia

Gabe DeVoe scored 25 points and Shelton Mitchell had 21 as No. 19 Clemson beat Boston College 90-82 on Thursday to advance to the Atlantic Coast Conference Tournament semifinals for the first time since 2011. 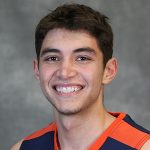 News and notes from across the ACC Football world heading into Week 7 of the 2017 season.