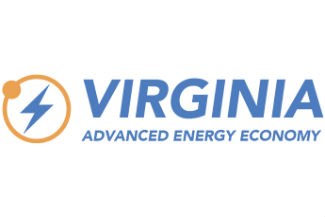 Advanced Energy Economy has released an analysis showing that public stimulus investment of $274 billion in transportation electrification would deliver $1.3 trillion to the U.S. GDP.

The investment would, according to the analysis, also create 10.7 million jobs (in job years), and generate $231 billion in savings for consumers, governments and businesses, while accelerating the move to electric vehicles.

“As national leaders debate the size and scope of a federal infrastructure package, this report demonstrates that investments in electrified transportation programs would yield a five-fold return for the economy,” said Ryan Gallentine, director at AEE. “This is a smart way for our nation to invest in 21st century infrastructure, driving significant economic growth, private investment, and jobs as we accelerate the transition to electric vehicles.”

“As a company focused squarely on helping schools around the country electrify their bus fleets, our team at Highland sees the benefits of public-private partnership every day,” said Matt Stanberry, managing director at Highland Electric Transportation. “We know that a well-crafted school bus electrification incentive alone would unlock tens of billions of dollars in private investment, so it makes sense that AEE’s analysis finds that transportation electrification is an excellent investment for the federal government.”

The report, “Economic Impact of Stimulus Investment in Transportation Electrification,” produced by Analysis Group for AEE, analyzes the economic impact of allocating $274 billion in federal stimulus investments in electrification of the transportation sector, an amount based on President Biden’s American Jobs Plan.

The report finds such stimulus would:

“A greater or lesser level of stimulus investment would produce roughly proportional results, up or down, but the overall impact is clear. Investments in transportation electrification deliver significant economic benefits across the U.S.,” said Gallentine. “Investing in transportation electrification adds substantial value to the economy, creates millions of jobs, and sends additional tax revenue to federal, state, and local governments, while providing savings for consumers and businesses.”