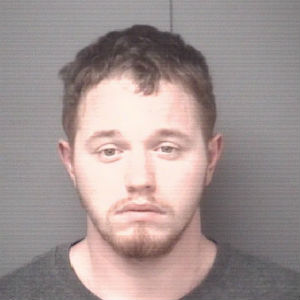 A Staunton man is in custody after a reported stabbing in Augusta County on Thursday.

Bryan Scott Fitzgerald, 24, is being held at Middle River Regional Jail without bound on a malicious wounding charge.

The incident was reported at 8:37 p.m. Thursday, when deputies were dispatched to Maine Circle in Staunton, for the report of a stabbing. Upon arrival they found a 55-year-old man with a non-life-threatening stab wound to the abdomen.

The preliminary investigation revealed that Fitzgerald went to his neighbor’s home armed with a weapon. He was allegedly confrontational and produced the weapon, later determined to be a screwdriver, before stabbing the victim in the side.

The victim went to the hospital to be treated for his injuries.

A screwdriver was recovered.