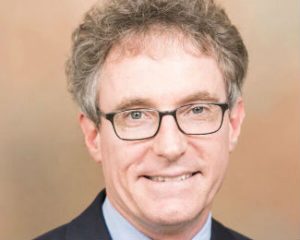 Roger Duvall, general manager and director of WEKU public radio in Lexington and Richmond, Kentucky, since 2007, has been named general manager at WVTF Public Radio and RADIO IQ. He will begin his new position June 25.

Duvall will succeed long-time general manager Glenn Gleixner, who announced his retirement from the station earlier this year. Originally hired as the station’s director of development in 1996, Gleixner was named interim general manager in 2000 and became the permanent manager of the station the following year.

In his role as general manager at WVTF Public Radio and Radio IQ, Duvall will provide leadership for developing its programming and its talents. He will engage with community partners, area businesses, and civic organizations to fulfill the station’s commitment to community service and to encourage, coordinate, and manage the identification, funding, and delivery of station programs and activities.

“Under Glenn’s leadership, WVTF Public Radio and Radio IQ has become a well-established and highly respected source of journalism and cultural resources across Virginia,” said John Dooley, chief executive officer for the Virginia Tech Foundation. “I am excited that Roger will join us. He brings with him impressive station management experience as well as a commitment to engage on many levels with the community he serves. I’m confident the station will continue to grow and serve our community under his leadership.”

“I am excited to be a part of the creative team at WVTF,” said Duvall. “I am honored that the Virginia Tech Foundation has confidence in my abilities to lead this important and vital community resource for so many Virginians. I am also grateful for the wonderful opportunity that Eastern Kentucky University gave me 10 years ago and look forward to watching WEKU’s continued growth in the years to come.”

Prior to his time at time at WEKU, Duvall was the assistant general manager for programming at WMRA Radio at James Madison University in Harrisonburg, Virginia. From 1996 to 2005, he was the station manager at Alabama Public Radio (WUAL) at the University of Alabama in Tuscaloosa. Duvall was promoted to manager after serving as the station’s program director and assistant general manager starting in 1989.

Duvall received his bachelor’s degree in music performance (percussion) and a master’s degree in communications/media from Indiana University of Pennsylvania.

WVTF has experienced significant growth during Gleixner’s tenure, most notably the 2003 launch of RADIO IQ, its all news and information service. Initially heard only in select communities around Roanoke and Charlottesville, RADIO IQ has become the station’s primary format with signals heard across much of Virginia and portions of West Virginia and North Carolina.

In response to community requests, signal expansion in Richmond, Fredericksburg, Lexington, Blacksburg, Spotsylvania, and other communities has attracted more listeners to engage with RADIO IQ’s NPR news and information programming. As a result, the station’s audience has doubled, now reaching more than 200,000 listeners each week.

“Public Radio has been the most fulfilling work experience I’ve been fortunate enough to participate in,” said Gleixner. “I am most grateful to have had a talented staff dedicated to public service and to have worked in an intellectual enterprise that girds the pillars of our society and helps keep our democracy vibrant, viable, and alive every day.”