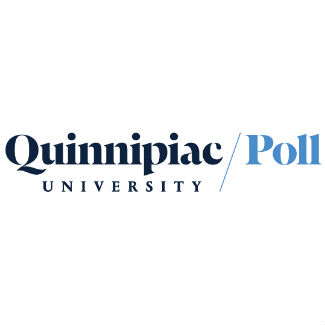 The controversy over Virginia political leaders and blackface seems to have calmed down, and a new Quinnipiac University Poll buttresses that supposition.

Forty-eight percent say Northam, who has admitted donning blackface for a 1980s dance contest, but now denies being in a racist photo included on his medical-school yearbook page, should not be forced to resign, to 42 percent who think he should.

“The good news for Gov. Ralph Northam is that Virginia voters have mixed feelings about him – not terrible but hardly reassuring in the wake of the brouhaha over his alleged use of blackface when he was a medical student more than three decades ago” said Peter A. Brown, assistant director of the Quinnipiac University Poll.

The bulk of those who think Northam should be forced out of office are Republicans – who split 60 percent-36 percent in favor of him resigning, with 37 percent of Republicans backing his impeachment.

Fairfax, who would be next in line to serve as governor, faces two allegations of past sexual assaults, and has been the subject of numerous calls that he resign, and at least one threatened effort to impeach him from a Democratic legislator.

Voters are split 36 percent-36 percent on the question of whether Fairfax should resign, with a sizable 28 percent expressing no opinion.

Political opportunity is at play here as well – Republicans are strenuously in favor of a Fairfax resignation, by a 52 percent-27 percent margin.

Voters think, by a 54 percent-24 percent margin, that Fairfax should not be impeached.

Republicans, even, agree here – by a 44 percent-37 percent margin.

It’s not all good news for Fairfax on that count, though. Not that long ago considered a frontrunner for the 2021 Democratic Party gubernatorial nomination, Fairfax’s political career may already be effectively over.

Only 12 percent of voters believe his denial of the accusations of sexual assault lodged against him. Thirty-seven percent believe his accusers, and 51 percent are undecided.

Another only for Fairfax: only 11 percent view him favorably, a startling number.

Maybe more telling is how many have no opinion either way on any of those three: 16 percent on Northam, but 51 percent on Fairfax and 58 percent on Herring.

The Democratic Party brand, at first glance, would seem to be suffering, with a favorable/unfavorable split at 44 percent/46 percent.

But then, the Republican Party, which you would think would have been above the fray, with the circular Democrat firing squad activities ongoing the past few weeks, well, not so much.

The favorable/unfavorable split from voters on Republicans is 33 percent/56 percent.

President Donald Trump, a Republican, as you know, has an approve/disapprove split at 36 percent/59 percent.

Only 12 percent of Virginia voters believe Lt. Gov. Fairfax’s denial of accusations of sexual assault, while 37 percent believe his two accusers, with 51 percent undecided.  Voters say 84 – 12 percent that the Virginia House of Delegates should wait for an investigation of these accusations before considering impeachment of Fairfax.  Fairfax gets a negative 11 – 36 percent favorability rating.  President Trump’s Approval Virginia voters disapprove 59 – 36 percent of the job President Donald Trump is doing.   Voters approve 55 – 35 percent of the job U.S. Sen. Tim Kaine is doing and approve     51 – 31 percent of the job U.S. Sen. Mark Warner is doing. Virginia voters agree 66 – 27 percent with the U.S. Supreme Court’s Roe v. Wade decision and support 58 – 31 percent abortion in the third trimester if a doctor determines the mother’s health is at risk.    From February 14 – 18, Quinnipiac University surveyed 1,150 Virginia voters with a margin of error of +/- 4.2 percentage points, including the design effect.    The Quinnipiac University Poll, directed by Douglas Schwartz, Ph.D., conducts gold standard surveys using random digit dialing with live interviewers calling landlines and cell phones. The Quinnipiac University Poll conducts nationwide surveys and polls in more than a dozen states on national and statewide elections, as well as public policy issues. Visit