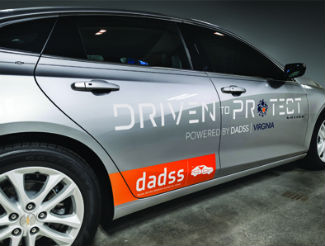 Gov. Ralph Northam has launched the Driven to Protect public-private partnership that is developing technology to eliminate drunk driving and save lives on Virginia roads.

The partnership is the first between a state government and the Driver Alcohol Detection System for Safety Program (DADSS) to deploy in-vehicle alcohol detection sensors (ADS) that will determine when a driver is impaired with a blood alcohol concentration (BAC) at or above the legal limit of 0.08 percent.

“Virginia’s leadership in both public safety and technological innovation makes us a natural partner to help deploy and implement this lifesaving technology,” said Governor Ralph Northam. “The Driven to Protect initiative will help combat drunk driving through innovative vehicle-based solutions that complement existing, tried-and-true traffic safety initiatives to save lives.”

“In 2017, 248 people were killed and 4,430 injured on Virginia’s roadways in alcohol-impaired crashes. Safety is our top priority,” said Secretary of Transportation Shannon Valentine. “DADSS holds the potential to be an integral part of making our roadways safer for all Virginians.”

As part of the initiative, Driven to Protect is partnering with James River Transportation, a transportation leader in the Richmond area for almost 100 years, to conduct some of the first in-vehicle, on-road test trials with prototype sensors in their vehicles.

Beginning last month, the first Ford Flex vehicles in the James River commercial fleet started operating from Richmond International Airport and Norfolk International Airport, taking clients wherever they need to go seamlessly and integrating the prototype technology collecting real-world operational data throughout the ride. The feedback and data collected from drivers and passengers will be invaluable in finalizing the ADS technology as it is prepared for widespread commercialization. In just the last three weeks, the James River vehicles have accumulated over 10,000 miles and the ADS sensors have been in operation over 1,000 hours.

“James River Transportation has been taking Virginians where they need to go for nearly a century and the safety of our passengers has always been of paramount importance,”said James River Transportation President Stephen Story. “We are very excited to partner with the Virginia DMV and the DADSS Program to be the first in the world to road test this safety technology in advance of it being introduced to the driving public.”

“We are developing an unobtrusive system that doesn’t hassle sober drivers to help prevent drunk driving and save lives,” said President and CEO of the Automotive Coalition for Traffic Safety Rob Strassburger. “The Alcohol Detection System will be offered voluntarily as a consumer option in the same way that other advanced vehicle technology features, such as lane departure warning or automatic emergency braking are offered.”

The alcohol detection system works by measuring the alcohol (ethanol) level present in a driver’s naturally exhaled breath. A small sensor analyzes only the breath molecules of the driver using infrared light. The sensor would be programmable to a zero-tolerance policy for parents of teen drivers, or to a BAC of 0.08 percent.

DMV Commissioner Richard D. Holcomb said, “In addition to the valuable real-world information engineers will get from the James River pilot, we are working to help raise awareness of this life-saving technology.”

The DADSS Program brings together the Automotive Coalition for Traffic Safety (ACTS), a nonprofit organization wholly funded by the world’s leading automakers, the U.S. Department of Transportation’s National Highway Traffic Safety Administration (NHTSA), and the Virginia Department of Motor Vehicles, in one of the most important government and private sector partnerships in recent years. Public-private partnerships like DADSS have led to innovations that enhance our everyday lives, such as the internet, GPS and the microchip.

For more information about the Driven to Protect initiative, visit http://www.driventoprotect.org.