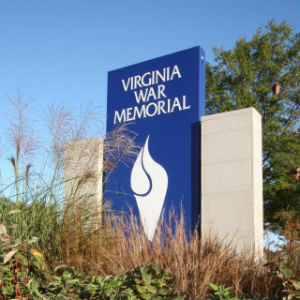 Governor Ralph Northam today announced that Virginia will honor and celebrate the service of Virginia’s Vietnam War Veterans on March 29th and 30th.

“It’s never too late to say ‘thank you’ to the brave men and women who have stepped up and answered the call to serve,” said Governor Northam. “I invite all Virginians to join me in honoring the service of our Vietnam veterans and for their continuing contributions to the Commonwealth.”

Dozens of civic and veterans service organizations, non-profits, and government agencies in Virginia have partnered with the U.S. Department of Defense through The United States of America Vietnam War Commemoration’s Commemorative Partner Program. In Virginia, state agency partners include the Virginia Department of Veterans Services, the Virginia Employment Commission, and the Virginia National Guard.

A special Vietnam Veteran Lapel Pin has been created as a lasting memento of the Nation’s thanks. The pins are often presented at public “pinning ceremonies” hosted by partner organizations. Visit the Vietnam War Commemoration’s website at vietnamwar50th.com/events to see a list of upcoming partner events.

In 2010, the Virginia General Assembly unanimously designated March 30 in 2010 and in each succeeding year as Welcome Home Vietnam Veterans Day in Virginia to celebrate the service and numerous contributions of the Commonwealth’s Vietnam-era veterans, including to business, the arts, medicine, science, technology, and public service.

“I join with Governor Northam and the Virginia General Assembly in recognizing the service of Virginia’s Vietnam Veterans,” said Carlos Hopkins, Virginia Secretary of Veterans and Defense Affairs. “Of Virginia’s 725,000 veterans, over 204,000 served during the Vietnam era. The Paul and Phyllis Galanti Education Center at the Virginia War Memorial is named in honor of Paul Galanti, who fought in Vietnam and was held as a prisoner of war for almost seven years, and his late wife Phyllis, who fought for his release at home. I highly encourage all Virginians to visit their Virginia War Memorial.”

“We cordially invite all Vietnam Veterans to a special Women in Vietnam event at the Virginia War Memorial on Thursday, March 29 at 6 p.m. Event parking is next door at the Virginia Housing Development Authority Building.” Mountcastle added.