Interested in Botox? Here are a few things to keep in mind 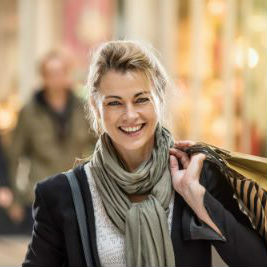 It comes as no surprise that many people are interested in making use of Botox to look younger. While it might seem like a terrifying process – making use of a toxin to paralyse facial muscles – enough progress has been made that it is a relatively harmless operation. The result is a younger-looking face with fewer wrinkles, which is something that plenty of people pay good money for.

That said, just because many advances have been made in the research and application of Botox, it is still vital to consider the consequences of not making prior preparations. For those who are interested in Botox, here are a few things to keep in mind.

Have you had a prior consultation?

While most quality dermatologists will insist on a consultation first, it can be surprising how many people are willing to go right into the appointment without any preparation. The reason why a consultation is vital is for the dermatologist to have a better understanding of where to make use of Botox. Everyone has a unique facial frame, and doctors will only understand where to effectively place the toxin if they can observe your facial expressions.

They will also let you know whether or not anti wrinkle injections are the ideal step to take to get rid of the wrinkles on your face. Your safety is always a top priority.

The younger, the better – but there is a catch

Botox has a habit of working better the younger you are, which is not necessarily just because of the lack of wrinkles on younger people. It can help to keep the skin from being overused and wrinkling up as time goes by if you happen to have an anti-ageing injection early on. That said, it would not be a good idea for anyone under twenty years of age to undergo such an operation. It is more suited for those in their thirties, closing in on forty years old. A word of warning, however; once you make use of Botox, it is often a good idea to repeat the process every now and then to help provide the best results.

What to avoid before the appointment

Without a doubt, your dermatologist will let you know what to avoid, and most of it stems from blood-thinning medication. It means that anticoagulants such as ibuprofen and others are off the table the week before the appointment. That said, there are plenty of other things to avoid. Drinks such as green tea or wine, as well as antioxidants, ginger, and cinnamon, are to be avoided; otherwise, it could cause complications during the operation!

All things considered, despite some of the negative stigma that surrounds Botox, it is still a relatively safe procedure. It might not necessarily be for everyone, but those who want to be rid of wrinkles do not have to look any further than Botox to get the job done.