Fun things to do in Raleigh

With a population just shy of half a million and an area of 143 square miles, Raleigh, NC isn’t even the largest city in the state of North Carolina—that distinction belongs to Charlotte—but it is a fun and action-packed city. We love the City of Oaks and are proud of this southern jewel. Whether you live here or are a visitor, you’re probably looking for things to during your leisure time, and we want to point you in the right direction. Here are a few of our favorite “uniquely Raleigh,” pastimes. 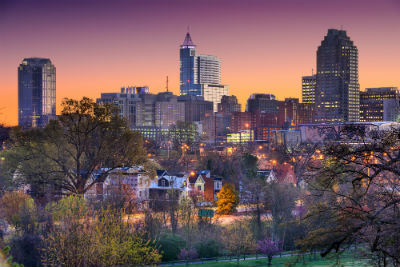 Over the past four or five years, escape rooms in Raleigh have become a rapidly growing trend. Families, friends, and corporate teams are just a few of the types of groups that have participated in these fun, challenging, and memorable games. You can book a room for as few as five or as many as eleven participants, and experience one of the most intense hours of your life. Escape rooms tend to be suspenseful and thought-provoking, but aren’t scary. While they’re not designed for parties of small children, most escape rooms encourage families to bring underage children to the party.

It seems like every burg in the U.S. has their own microbreweries, but we’ll put Raleigh’s up against the best of them. If you like to have a beer now and then, this might be a great way to broaden your horizons. If you know you like a name brand beer but aren’t so sure about independent craft beers, most of the little local microbreweries offer flights of three or four samples. It’s essentially like drinking a single pint, but they divide it into four four-ounce glasses of different varieties. Most of our microbrews have food, games like cornhole and giant Jenga, and music.

You don’t have to visit New York or Chicago to visit a top-tier museum. Raliegh hosts three world-class museums:

This triple threat of art, history, and science is something that even many larger U.S. cities don’t enjoy. In fact, NCMNS is the largest natural science museum in the Southeast. If you’re on a quest for knowledge, there is never a bad trip to a museum and you can revisit these museums as different exhibits appear on tour throughout the year.

Did you land right in the middle of Tobacco Road during basketball season? Regardless of what you may have heard about some other states’ basketball rivalries, the rivalry between Duke, North Carolina, Wake Forest, and our own beloved North Carolina State is unparalleled. No matter which team is on top — and they’ve all had their moments in the sun — these players bring a fight every time they’re on the courts. If you’re staying in Raleigh, check out a Wolfpack game. It doesn’t matter who they’re playing. It’s guaranteed to be a good time.