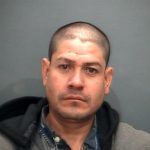 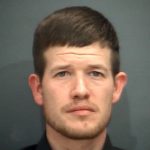 A Tuesday traffic stop at the intersection of Fourth Street and North Delphine Avenue in the City of Waynesboro led to the arrest of two men on drug charges.

The passenger in the vehicle, 31-year-old Armando Lara Tenorio of Waynesboro, was also arrested on the scene for possession of methamphetamine.

Both subjects were held without bond at Middle River Regional Jail.