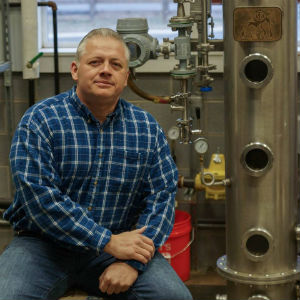 Riggleman is the owner of Silverback Distillery and a former Air Force intelligence officer who mounted a campaign for the GOP nomination for governor in 2017.

Garrett, elected to the Fifth District seat in 2016, announced Monday that he will not seek re-election to the seat, citing a desire to battle with alcoholism.

“I am officially announcing my candidacy for the Republican nomination for the Fifth Congressional District. As a political outsider, veteran, small business owner, and grassroots conservative, I will bring a fresh perspective to DC and help pass the President’s agenda. As we have all seen over the past few years, it takes a real outsider with real world experience to drag the swamp monsters to dry land. As a veteran and small business owner, I am perfectly suited for that task.

“I would like to thank Rep. Tom Garrett for his many years of public service as a Congressman, State Senator, and Commonwealth’s Attorney. He and I have become close friends ever since I first signed up to be a delegate for him at the 2016 Fifth District Convention. Christine and I are sending prayers and best wishes to Tom and his family during this difficult time. Tom is a man of courage and a conviction, I look forward to continuing his pristine conservative voting record in D.C.”