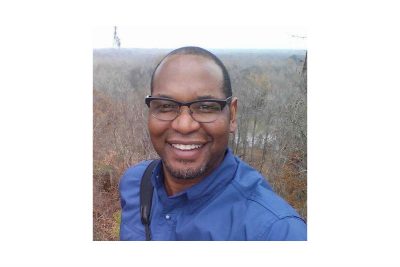 The ACE Festival highlights EMU’s devotion to academic rigor, the creation of new knowledge, creative expression through the arts, the application of knowledge to solve problems, and the praxis of Anabaptist values. Gallery openings, special events and presentations will feature the works of faculty, staff and students.

“We’re thrilled to have Dr. Drew Lanham join our campus conversation about vocation, and to hear about his journeys as artist, academic and conservationist,” said Professor Kirsten Beachy, chair of the Intellectual Life Committee.

The presentation, which opens the festival and is open to the public, is in Lehman Auditorium at 7:30 p.m. on Wednesday, April 17. A reception will follow in the Campus Center.

Lanham, a native of South Carolina, holds a PhD in forest resources and an endowed chair as an alumni distinguished professor at Clemson University, where he has taught for two decades. He is active on a number of conservation boards including the South Carolina Wildlife Federation, South Carolina Audubon, Aldo Leopold Foundation, BirdNote and the American Birding Association.

In addition, he is an inaugural fellow of the Audubon-Toyota Together Green initiative, a member of the advisory board for the North American Association of Environmental Education and a fellow of the Clemson University Institute for Parks. He was named a 2016 Brandwein Fellow for his work in environmental education.

His book The Home Place: Memoirs of a Colored Man’s Love Affair with Nature (Milkweed Editions, 2016), received the 2017 Southern Book Prize and the Reed Award from the Southern Environmental Law Center, and was a finalist for the John Burroughs Medal.

“History’s shadow can be a long one, especially when cast cruelly or when remedies to right wrongs are made without consideration for everyone and everything,” Lanham wrote in an Orion Magazine article “Forever Gone.” “Do we readily reveal these chapters in history? Does conservation bear a responsibility to illuminate the dark corners where not only birds and beasts have suffered, but humans have as well?”