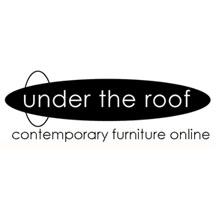 A Downtown Waynesboro furniture business is expanding its operations due to an uptick in sales. How’s that for good economic news?

“That’s something that Waynesboro should be proud of. Things are tough, and a lot of people in our industry have dropped out. But we were able to weather that part of it, and have experienced quite a bit of growth, and we’re doing that here in Downtown Waynesboro,” said Deborah Henshaw, who owns and operates Under the Roof with her husband, Jeffrey Grosfeld.

Under the Roof has been operating out of the bottom floor of the West Main Street building at 406 W. Main St. since its move here five years ago. It will take over the upstairs space currently being used by Main Street Discount next spring.

“Our sales are growing, and it’s important for us to have more space and to be at street level and easy to find,” Henshaw said.

“Brick-and-mortar sales have grown for us the fastest in the past year. That’s been very promising. I think we’ll do much better upstairs with better visibility from the street,” Grosfeld said.

The Waynesboro location has given Under the Roof an entirely different visibility to the local market altogether. The store still draws customers from Charlottesville, and has added to its customer base a market stretching from Harrisonburg to Staunton to Lexington.

The customer base has grown as a result.

“We used to serve the student market quite a bit. And that was almost like having two modes of business. We had regular mode and student mode. Marketing-wise and perception-wise, people would think of us as, Oh, they’re that student store,” Henshaw said. “We’ve been able to hone in on a very high-quality product here. We just landed the Frank Lloyd Wright Collection. An amazing product, so well-made – and one that clearly would not go into a student store.”

Henshaw and Grosfeld have an interesting perspective to offer on the ongoing effort to breathe new life into Downtown Waynesboro. The opening of Under the Roof in Downtown Charlottesville in 1994 came at a time when Charlottesville was just beginning to go through its own downtown renaissance.

“The difference is that I was never part of any downtown movement in Charlottesville,” Henshaw said. “Maybe I just missed out on getting involved, I don’t know. It just seems to me that this community is really gelling and pushing forward with what it’s trying to do, and it’s really getting some good momentum.”