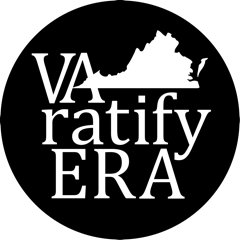 As the nation follows the US Women’s National Soccer Team in eager anticipation of a fourth World Cup win, women’s rights advocates remind us their participation in the World Cup would not be possible without monumental civil rights legislation passed June 23, 1972: Title IX of the Higher Education Act.

Title IX targeted sex discrimination in educational programs and is credited with reshaping educational opportunities for women in America.

“Prior to Title IX, there were no women’s varsity soccer teams at Division I schools,” said Kati Hornung, Campaign Coordinator of VAratifyERA  “In 1972, many schools like the University of Virginia, had barely begun admitting women and didn’t even have women’s bathrooms in the educational buildings. Fast forward nearly fifty years and all of Virginia can take pride in the fact that three of the 23 World Cup players are UVA soccer program alumni.”

This Sunday, June 23, the VAratifyERA campaign will celebrate Title IX’s anniversary with a special screening of Battle of the Sexes and discussion at the Byrd Theatre, 2908 W Cary Street, Richmond, VA.

Coach Muffett McGraw, Women’s Basketball Coach at Notre Dame, will join the celebration virtually. In a video, she notes, “We won the right to vote one hundred years ago and Title IX is almost fifty. Still, female representation in all levels of government, of board rooms, and in sports, is a fraction of what it should be… We need to pass the ERA and Virginia, this is your moment. This is your chance to be the state that affirms we are all truly equal.”

VAratifyERA is an all-volunteer, nonpartisan grassroots campaign supporting ratification of the Equal Rights Amendment in Virginia.

For more information on VAratifyERA, please visit the website at https://varatifyera.org.