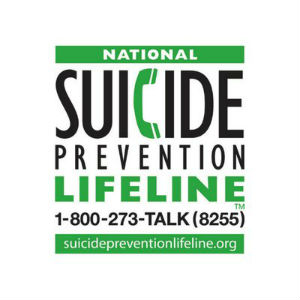 A new report released Thursday by the CDC reveals that the age-adjusted suicide rate increased 33 percent from 1999 to 2017.

The national goal, under the Healthy People 2020 initiative, has been to reduce the rate to 10.2 per 100,000 by 2020, though clearly things are moving very much in the wrong direction in that sense.

And the increase is being seen across the age and demographic spectrums. Rates have increased in each age subgroup among males and females between the ages of 10 and 74.

“The latest CDC data show that the U.S. life expectancy has declined over the past few years,” said CDC Director Robert R. Redfield, M.D. “Tragically, this troubling trend is largely driven by deaths from drug overdose and suicide. Life expectancy gives us a snapshot of the Nation’s overall health and these sobering statistics are a wakeup call that we are losing too many Americans, too early and too often, to conditions that are preventable.

“CDC is committed to putting science into action to protect U.S. health, but we must all work together to reverse this trend and help ensure that all Americans live longer and healthier lives,” Redfield said.

Waynesboro-based suicide-prevention advocate Cryst3-8255.al Graham said the CDC report demonstrates that “now more than ever, we need to have more open conversations about depression and suicide in our communities.”

“People shouldn’t be afraid to disclose their mental-health conditions to their family or workplace. As a culture, we need to be more understanding of this condition,” said Graham, the former Virginia Area Director for the American Foundation for Suicide Prevention.

“Like a heart attack, a person in suicidal crisis is having an attack of the brain and immediate treatment is needed,” said Graham, who lost her identical twin sister, Christina, to suicide in 1992.

Graham said a key to the effort to reduce suicide is removing negative stereotypes to seeking mental-health treatment.

“If we can remove those artificial barriers, people would likely seek help more often, and with proper treatment, we could start to see a decrease in suicide rates,” Graham said.

The CDC report is a sobering reality check for those working to reduce deaths by suicide.

“This is definitely difficult to digest for those of us working in suicide prevention,” Graham said. “While efforts are being made to reduce the suicide rate, something isn’t working. We need to do more training to teach communities and individuals what to do if a friend or family member is in crisis.”

If you’re thinking about suicide, are worried about a friend or loved one, or would like emotional support, the National Suicide Prevention Lifeline is available 24/7 across the United States at 1-800-273-8255.