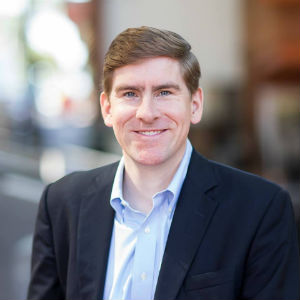 Fifth District Democratic Party congressional nomination candidate Ben Cullop outlined the principles that would guide him on tax reform while in Congress.

“The special-interest backed tax plan rammed through this Republican Congress was a real missed opportunity to invest in small businesses and the middle class, and I think the 5th District deserves better,” Cullop said. “In Congress, I will fight every day to pass real tax reform that puts more money in the pockets of 5th District residents and fosters real job and wage growth. It’s the right thing to do morally and economically.”

The tax process was broken from the start, ending with lobbyists knowing about the bill’s amendments before lawmakers. An analysis of the Republican plan shows that 83% of the benefits from the tax plan go to the top 1% of earners. In addition, a recent report from The New York Times showed the plan is helping company shareholders more than everyday Americans. Now, Republicans are targeting Medicare, Medicaid, and Social Security to pay for their handouts.

Instead, Cullop wants to focus on middle class and small business tax cuts that will actually drive growth in the economy.

“We have to get big corporate special interests out of the tax-writing process,” Cullop added. “We need to make sure the people who are the drivers of the economy – the middle class – have more money in their pockets to create demand, and therefore create jobs.”

Ben Cullop is a fourth-generation Virginian who received his undergraduate degree and MBA from the University of Virginia. He built a successful career investing in communities and businesses across Virginia. He serves his community as a member of the advisory board of the UVA Children’s Hospital, the Albemarle County Police Foundation Board, and previously, the Charlottesville Retirement Commission. Ben lives in Albemarle County with his wife, Ashley, and their two young children.

For more information on Ben Cullop and updates on the campaign, please visit www.CullopForCongress.com, or follow him on social media by following @Cullop4Congress on Twitter and liking his Facebook page.