Augusta County music scene: What to love, what it lacks 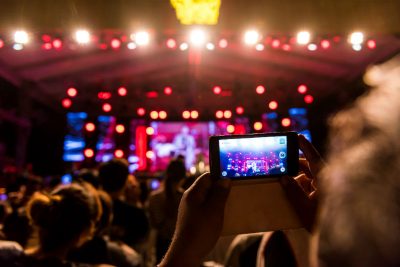 Augusta County is an area rich with musical history. From the Appalachian genre back in the early days of America to the Statler Brothers’ rise to fame in the 1950s, the region has fostered an array of talent.

This blend of Americana, country, and bluegrass so popular to the locality is perfectly exemplified by Molly Murphy, a singer and guitarist for the Judy Chops and an accomplished solo artist.

Murphy began playing music in Virginia during her high school days at Stuart Hall and while attending JMU, so I believed her familiarity with the local arts scene could help me paint a comprehensive picture.

When I asked her about the influence of music in Staunton, she held strong opinions on the topic.

“It’s so prominent, since there are so many people who play. I also think having the influence of Appalachian music is special. The Shenandoah Valley is so beautiful, and it just fosters creativity,” she said.

From what I can gather, her words ring true for many. Living in a tight-knit area like Augusta County, musicians form close bonds with each other, creating a cohesive and colorful sound. Playing at locations such as the Pompei Lounge, Baja Bean, and Basic City Beer Co., local artists such as the Findells and Judy Chops draw from the old-time Appalachian and folk sounds.

Despite the proficiency and vibrancy of musicians from this part of Virginia, Augusta County and the surrounding areas lack the venues needed for artists to truly thrive. The spots where people play serve other functions, primarily as bars, which creates problems for younger musicians.

Murphy emphasized her frustration with this aspect of the local scene.

“As a music teacher, I’m on a mission to make music makers. [The kids] are ready to get out there but have nowhere to play,” she said.

Murphy also lamented over closed venues, such as the Hot Spot and the Mockingbird. The problem present is not an absence of content, since music performs such an integral role for life in the Shenandoah Valley, but a lack of places to play, particularly for young people.

“There aren’t many platforms around here for younger people,” Bryan stated. She also expressed unhappiness with certain territorial older musicians, who are reluctant to “make room” for young talent. In an area with such a thriving arts scene, why is it so hard for youth, and musicians in general, to find places to play?

This is a problem that needs to be fixed. The Shenandoah Valley could easily become a hub for creative talent if more accommodations for musicians were made. Feeling downhearted, I asked Murphy what she did to gain traction when she was younger.

“In college I used to go to open mics a lot. I also surrounded myself with musical people,” she said.

In this answer, I found a relatively easy solution to this problem. Restaurants and facilities with the available space should use it for open mics. Black Swan Books and the French Press both do so already, but Black Swan primarily focuses on prose and poetry, and French Press’ open mic is not widely publicized.

Utilizing your resources as a business around once a month to host an open mic would not only help to foster the local arts scene and provide a platform for undiscovered talent, it also has potential to bring in more traffic to whatever you are trying to sell.

This is not only a smart move in terms of industry, it also helps boost the creativity of the region as a whole.