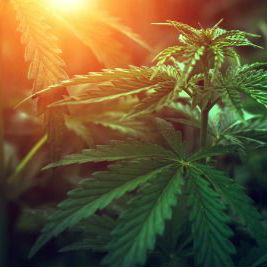 The USDA announced this week that 84 counties and cities in Virginia, including Augusta County, are now eligible to apply for two programs that protect hemp producers’ crops in the 2020 growing season.

Virginia’s eligibility in the hemp crop insurance pilot program is a direct result of the successful push from U.S. Sens. Mark Warner and Tim Kaine for the Commonwealth’s inclusion.

Virginia’s hemp producers may now apply for the programs by the March 16 deadline.

“We are pleased that Virginia’s hemp producers will now be able to protect their crops in the event of unforeseen disasters,” the senators said in a statement. “With Virginia positioned to be a top producer of industrial hemp in the country, these additional protections will help hemp growers tap into this thriving industry.”

Hemp is distinct from marijuana in that it has a miniscule concentration of tetrahydrocannabinol (THC), and thus no narcotic capability. The plant is estimated to be used in more than 25,000 products, including agriculture, textile, recycling, automotive, furniture, food, nutrition, beverage, paper, personal care, and construction products.

In 2018, the senators sponsored a provision in the Farm Bill that removed hemp from the list of controlled substances, allowing Virginia farmers to grow and sell the plant as a commodity and making it eligible for crop insurance.

According to recent VDACS data, there are now over 1,100 registered industrial hemp growers across the Commonwealth.

Recently, the senators sent a letter to the USDA to expedite its review of Virginia’s Plan to Regulate Hemp Production to provide sufficient time for the General Assembly to update the Commonwealth’s hemp laws and address any potential deficiencies that may arise ahead of the 2020 growing season.