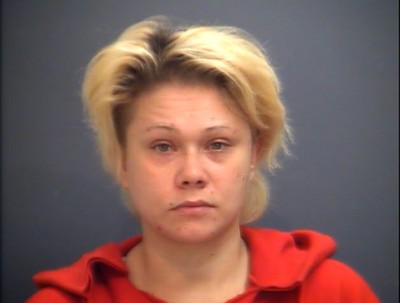 The Waynesboro Police Department arrested an Arizona woman Friday who had been wanted by the Pima County, Ariz., Sheriff’s Office on four felony charges stemming from a June assault.

Officers found Thea Marie Cromwell, 29 years old, around 2 p.m. at a residence in the 1100 block of West 12th Street.  She was taken into custody without incident.  Arizona law enforcement officers had received a tip that Cromwell was in Waynesboro and provided that information to Waynesboro police officers.

According to the arrest warrant provided by the Pima County Sheriff’s Office, Cromwell is wanted on the following charges:

* Aggravated Assault with a Deadly Weapon

* Aggravated Assault in Violation of an Order of Protection

Cromwell is being held without bail on a Fugitive from Justice warrant at Middle River Regional Jail.  She will likely have a court appearance this week in Waynesboro regarding extradition back to Arizona.