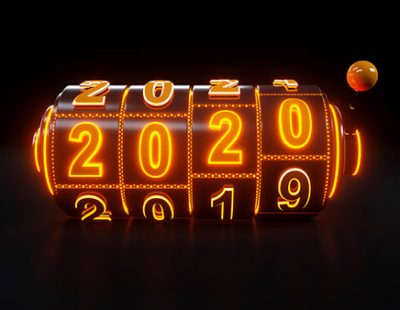 Something big has happened in the world of gaming, and it doesn’t seem to get any less again. Aristocrat books record revenue profit up 22.6% FY 19 for the 12 months to 30 November to AUD4.40bn, and this has made them hit the jackpot. It is on a statutory basis; they attribute this growth to ethical marketing and profitable investment in both technology and talent.

Aristocrat is one of the most successful developers/operators in online gambling. They have made a series of games, which are now top favorites in the world. Since they are also operators under the Australian government, they are revenue generators.

It is impossible not to know that Aristocrat has brought so much fortune to Australia. For instance, Aristocrat has an operating revenue of over AUD4.4 billion for 12 months. Even after Aristocrat pays tax to the government, profit is about AUD894.4 million, which is between 22.6% to 23%. Also, Earnings before interest, taxes, depreciation, and amortization (EBITDA) were AUD1.6 billion, with an increase of 20%. It shows that Aristocrat not only makes a profit before taxes, but they also do after taxes too – this is how much money Australia brings to Aristocrat.

According to the CEO of Aristocrat, Trevor Croker, the Aristocrat ending another year of high-quality profit increase. He said: “Across digital, we anticipate further growth in digital bookings supported by scaling of recently released new games.”

“Throughout the year, Aristocrat strived to meet the evolving needs of customers and players by investing in our product portfolios and expanding into attractive new segments and genres,” the company added in a message. Source: news.com.au

From statistics, the highest gambling country in the world is Australia. There is a vast number of adult populations that participate in this activity. Most people take it as a hobby than a profession. This development is as a result of the legal status gambling holds in the country. However, taxation is held on operators who must already have earned state licenses before they are regarded.

In 2015, Australia recorded over 70 to 80% of its population involved in one type of gambling or another. Since then, the rates have increased, and the government has documented both taxes and revenues.

The US Market Contribute Aristocrat Profits

In the United States market, investors are interested in Aristocrat Leisure because it has a higher potential. Aristocrat profits, which are about the biggest payout in the US, are all thanks to the robust and digital gaming channels. For an FY, profit increased from 29% to USD698.7 million.

Also, both real profit and digital profit increased by 24.9% to USD1.07 billion and 20.7% to USD528.9 million, respectively, all through 12 months. This increase outstripped 3.1% from both Australian and New Zealand branches – this is about USD213.6 million. It was the largest single source of revenue, with a total of USD1.5 billion. Therefore, the US market contributed positively to Aristocrat profits this year.

From the above breakdown, it is obvious that most profits are made from the United States, followed by digital ones, then Australia, and the rest of the world.

An overview of online gambling in Australia shows that the country is an ‘opportunity-graspers.’ Let’s take it real. Aristocrat specifically counts 100+ demos available on one resource only, aristocrat-slots.com. And there are thousands of more resources in the net. It is no wonder the iGaming market is oversaturated and continually grows.

While online iGaming thriving, some forms of online gambling become illegal in the country. It leads to creating some rules that guide operators. One of them is that they are not allowed to advertise gambling services to citizens of either country. Even though they are legal, publicly advising people is punishable.

In New Zealand, gambling is prohibited unless the government fully authorizes it. Also, there are age restrictions, even after it is permitted. The fantastic thing about these two countries is that: there is real money in online slots, which is why Aristocrat has survived very well.

Furthermore, mobile devices have made life better for Aussies to gamble more. It is because most slot games are supported by popular devices of the world today, such as; Tablet, Android, iPhones, etc.

According to statistics, dates and usage of mobile phones (online or app) as well as Total Used the Internet to place bet grow steadily starting 2012 and till nowadays.

Based in Australia is Aristocrat Leisure Limited, a known manufacturer of many gaming slot machines. It has contributed both to the real and online gaming world. This company has several offices all over the world, including South Africa, the US, and Russia. Currently, it has its administrative office in the North Ryde site and is licensed in around 300 gaming jurisdictions in about 90 countries.

The company, headed by Trevor Croker, has a lot of products and partnerships. Many of its most successful and profiting products have game setups placed on a progressive jackpot, and this includes the Lightning Link series. It has also formed a business partnership with companies like Sammy Corporation (based in Japan0 for distributive purposes. Above all, Aristocrat Leisure has developed reel power systems, electronic table games, and linked jackpot systems.

Over the years, Aristocrat faced some financial problems. For instance, in 2009, they had a net loss of $157.8 million, which was a very devastating period. However, they came back strong to the market after buying Video Gaming Technologies for $1.3 billion. Also, they acquired Big Fish games for $990 million in 2017 to step up their game. Till now, they have raised the bar for the gaming world.