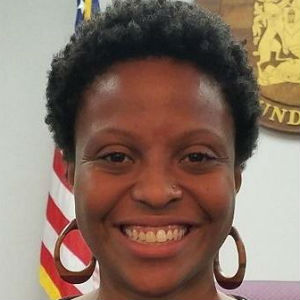 Anderson announced her pending departure from the City Council in a letter sent to local news-media outlets on Tuesday.

“City Council has been quite the journey, but an invaluable one nonetheless. I have met and have worked with some amazing people and I am forever grateful for the abundance of support,” Anderson wrote in the letter.

More from the letter:

“In recent months, I have found myself at a crossroad trying to understand where I am needing to be right now. Unfortunately, I am no longer able to perform my duties as a Councilperson, and therefore have made the difficult decision to tender my resignation as Waynesboro City Councilwoman.

“I do want to thank the residents of Waynesboro who have taught me a lot and have supported me, my fellow Council members who I served with, the Mayor, Clerk of Council, City attorneys, City Manager and the rest of City staff, who are working hard every day to run a city. I wish you all success as you continue the work in making Waynesboro a beautiful place to visit and a great place to call home.”

Anderson was elected to the Ward A seat in 2016. The seat is up for election in the May 5 city elections.