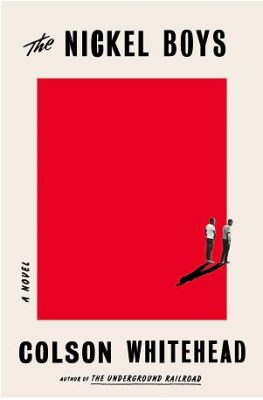 Augusta Free Press has launched a Virtual Book Club led by digital editor Crystal Abbe Graham. With coronavirus keeping most of us away from in-person meetups for at least 30 days, AFP decided to create a way to virtually meetup in the meantime.

The first book club selection “The Nickel Boys” by Colson Whitehead is on the calendar to be discussed on April 15 at 7 p.m. ET.

Graham has been part of a book club for over a year, and AFP editor Chris Graham encouraged her to start the virtual club as a way of connecting the community during this hardship.

“It seemed like a great idea to get people’s minds off COVID-19,” said Crystal Graham. “I’m hoping people throughout the community and beyond will join us.”

A friend who lives in North Carolina plans to join Graham and said he’s already four chapters in.

“The Nickel Boys” is based on a real school for boys that closed in Florida in 2001 after more than 100 years in existence, according to an Amazon.com review by Chris Schluep. “Set in 1960s during Jim Crow, “The Nickel Boys” is both an enjoyable read and a powerful portrayal of racism and inequaliy that acts as a lever to pry against our own willingness to ignore it.”

The first step is to order the book, and then join us for a discussion on April 15. The discussion will likely be held on Zoom or Facebook Live.