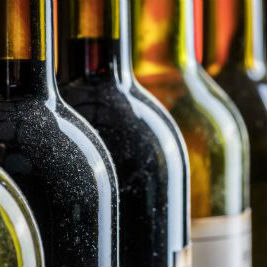 The winning wine was unveiled at the annual Governor’s Cup Celebration, which took place Tuesday at the Main Street Station in Richmond.

All wines in the Governor’s Cup competition must be made from 100 percent Virginia fruit, but the 868 Vidal ‘Passito’ represents the first winner made entirely from Loudoun County fruit.

Produced by the Italian ‘appassimento’ technique of partially drying grapes to concentrate flavor, the winemaker halts the fermentation early to retain the natural grape sugar in the final product.

“I am thrilled to award the Governor’s Cup to Carl DiManno and congratulate the whole team at 868 Estate Vineyards on their sweet finish,” Northam said. “The Vidal Blanc Passito embodies both the experimentation and artistry that has made Virginia the leading East Coast destination for wine. This year’s Governor’s Cup case is a strong reflection of our world-class wine industry and the distinctive wines being produced in our Commonwealth.”

Alongside 868 Estate Vineyards 2017 Vidal Blanc Passito, the 11 wines included in the 2020 Governor’s Cup Case are:

“I am pleased to see a team like that of 868 Estate Vineyards win with a hybrid grape—a rarity for the competition,” said Secretary of Agriculture and Forestry Bettina Ring. “With two dessert wines in the Governor’s Cup case alongside creative blends with grapes such as Tannat, it is clear that 2020 is another unique year for Virginia wine.”

More than 530 Virginia wines were submitted into this year’s Governor’s Cup competition. A panel of 19 judges, directed by Jay Youmans one of only 51 Masters of Wine (MW) in the United States, sampled the wines over a four-week period and awarded gold medals to those scoring 90 points or higher.

Within the case, there is wide representation from most regions of Virginia, most notably Central Virginia, with eight wines included. Northern Virginia and the Shenandoah Valley are also represented with two wines each. The broad geographical diversity highlights Virginia winemakers’ ability to listen to their land and navigate the Commonwealth’s varied landscape and conditions.

At Tuesday’s celebration, the Virginia Wineries Association also announced its Industry Awards, which are presented to industry members who show excellence in their craft and act as advocates for Virginia Wine. This year’s winners are:

According to the Virginia Tourism Corporation, more than 2.2 million tourists visited Virginia wineries in 2015. Today, the Virginia wine industry generates $1.37 billion in economic impact and 8,218 jobs for the Commonwealth. Nationwide, Virginia is in the top six states in number of wineries and wine grape production.

A complete list of previous Governor’s Cup winners and information about the Virginia wine industry is available here.