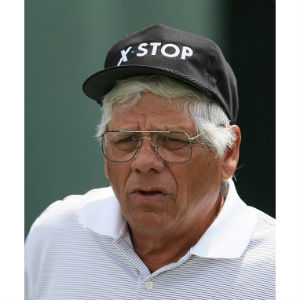 One of only four players in history to twice win the U.S. Open, The Open Championship and the PGA Championship, Lee Trevino is one of the most celebrated golfers in the game.  Inducted into the World Golf Hall of Fame in 1981 and ranked the 14th-greatest golfer of all time by Golf Digest magazine in 2000, Trevino garnered 29 PGA TOUR victories–including a win at the 1971 U.S. Open that he identifies as a career highlight–as well as 29 Champions Tour titles.  Trevino competed for the United States in the Ryder Cup six times, including the 1979 Ryder Cup on The Greenbrier championship course; he had an overall Ryder Cup record of 17-7-6, and also served as the team captain in 1985.

As the new Golf Pro Emeritus at The Greenbrier, Trevino will be in residence at the resort during the summer months, during which he will teach clinics at The Greenbrier Golf Academy.  Trevino joins the ranks of an impressive roster of golf professionals representing The Greenbrier, including 2012 U.S. Open golf champion Webb Simpson and two-time Masters Tournament champion (2012 and 2014), Bubba Watson.The Greenbrier has long been a destination golf retreat with close associations with some of the best golf players of all time, including Nick Faldo, Tom Fazio, Jack Nicklaus, Arnold Palmer, Ben Hogan, and most notably, Sam Snead, who made The Greenbrier his home for more than 60 years and after whom The Greenbrier Sporting Club’s private members-only course is named.