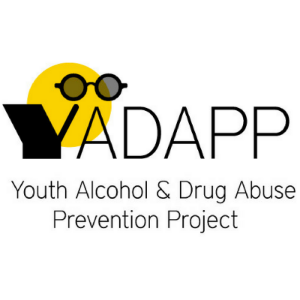 An event for 14- to 16-year-olds in Newport News that included dancing, games, movies and basketball, as well as workshops about the dangers of alcohol and drug use was fun and award-winning for a hard-working team of four Newport News high school students who organized the event earlier this year.

During the party, organizers asked participants to complete questionnaires about their knowledge of alcohol use. After the “Clock In Lock In,” they surveyed partygoers to gauge the event’s impact to help guide plans for future prevention activities.

The ingenuity and success of their event have been rewarded with a $500 grant from Virginia ABC, which selected the team to receive the agency’s annual Wheeler Award.

YADAPP is a year-long peer leadership program that begins each summer when high schools and community groups send teams to participate in a five-day conference. Teams broaden their knowledge of substance abuse prevention and work together to create strategic prevention plans, Strategies to Act Now (STAN) Plans, to be implemented during the following school year. The Newport News team will use the grant money to further its prevention efforts during this school year.

“As other recipients of the Wheeler Award before them, the Newport News team of students is inspiring,” said Virginia Chief Executive Officer Travis Hill. “Peer to peer education and advocacy is extremely powerful for the youth in our communities. By sending a positive and persuasive message about substance abuse prevention, these students are helping to save lives. We value our community partners who work to secure a safe and drug-free environment for Virginia youth. We want all students to achieve personal success and continue to build stronger communities and peer networks.”

The Wheeler Award, established in 1986, honors Morris and Billie Wheeler for their dedication to Virginia’s youth. The Wheeler’s daughter Sandy was killed by a drunk driver in 1981. For more than 30 years the Wheelers supported the prevention efforts of Virginia ABC and other organizations to promote youth leadership and prevent drunk driving.

Virginia ABC also named 22 YADAPP team winners of mini-grants for their STAN Plans. Each team of four students, assisted by an adult sponsor, will receive $250 to support their substance use prevention efforts. Mini-grant recipients include teams representing the following schools and communities: