White people need to chill the f— out 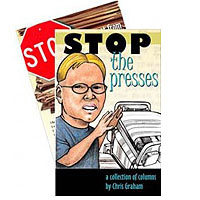 I mean, I can see why white folks are a little skittish about black folks being all public about doing stuff, like grilling out, checking out real estate, staying in an Airbnb, meeting somebody at a Starbucks, those sorts of things.

That’s why 9-1-1 is for, after all. Cops are supposed to protect and serve.

And, seriously, aren’t black folks being a bit dramatic bringing up how often they end up on the short end of the stick when it comes to interactions with law enforcement?

Come on, really. One guy buying a BB gun at Walmart gets shot and killed, and, well, OK, there was that one time the kid with a toy gun was shot at a playground.

And the time the guy who told police during a traffic stop that he had a concealed-carry permit.

Except to say, the one guy had a gun – legally, yes, but still – and the other two had, you know, basically toys.

You’re kind of asking for it, is what you could say.

Same for the guys at the Starbucks, meeting a business client.

Didn’t that one start with one of the guys asking to use the bathroom?

You don’t just get to use the bathroom at the ‘Bucks without first ordering a latte, bub.

Sure, you can sit in the comfy chair scarfing up the free wifi until closing afterward.

And honestly, could we really tell if the empty cup sitting on the table really was yours or was just there from the morning rush?

No matter. Guys were there for, OK, this is embarrassing. Just read that they were only there two minutes when the white lady manager called the po-po on them.

Should have waited another minute or two; then she’d have been justified.

The incidents about the Airbnb and the man checking out real estate are easy to explain.

Look, grandma isn’t racist. It’s just that she just saw something on the news about the Black Panther Party doing something, and …

Wait, that may not have just been on the TV. Seems like that was back during the election.

Actually, we’ve long since moved into permanent election mode anymore, and the race nonsense, yes, it gets to be a bit much, but like I said, grandma isn’t racist.

One of her best friends is black. OK, one of her co-workers.

Alright, she retired years ago, and she can’t remember the lady’s name. They used to nod at each other, or something, and anyway, she’s not a racist, not grandma!

Ahem. The lady calling the police over the grilling incident, now, that one was airtight.

I’m sure you’ve read about that one. Seems that a black family was brazenly grilling in an area of a public park where, you know, sorry, but no, no grilling.

And there’s a clear precedent, sure it was the case of California v. Mendelson, or something or the  other, that, yeah, you grill in a public park where you’re not supposed to, you don’t pass go, you don’t collect $200, you go to jail.

Now that poor lady is getting blasted all over social media for calling and threatening jail time and that sort of thing.

Think about it: isn’t she the real victim here?

Eh, maybe, maybe not. In any case, there’s a “Friends” marathon on. Need to make some avocado toast and pop up the bottle of rose.