What UVA Basketball fans need to know about North Carolina 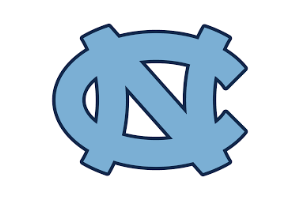 North Carolina was thisclose to getting its season turned around, but ran out of gas late in an overtime loss to Duke last weekend that you may have heard about.

You can never be sure. I mean, Duke-Carolina, sometimes that one can go under the radar.

You had to wonder coming out of the near-miss what the impact would be on UNC, which is uncharacteristically below .500 and facing an at-best Sissyphean effort to try to get into the NCAA Tournament.

We got our answer on Tuesday night.

North Carolina shot 33.3 percent from the floor, was 1-of-16 from three, had 14 turnovers, seven of them from freshman point guard Cole Anthony, who had 15 points, but was just 5-of-19 from the floor to get them.

But then, they were playing out the string when they had Duke over to the Dean Dome a week ago, and conjured up a nice effort before petering out in that one.

With Virginia (16-7, 8-5 ACC) due in Chapel Hill Saturday night, this could be this Carolina team’s last chance to make something of its season.

Getting to know: North Carolina

UVA won the first matchup between these two teams way back on Dec. 8 in JPJ.

Hard to believe that one was a matchup of Top 10 teams.

It was 6-5 Virginia inside of 9:15 to go in the first half, if you remember, and if you don’t, it’s because you blocked out the bad memories, and I’m jealous that you’ve been able to do that, because I can’t unsee what I saw that day.

That one was the first game in which Virginia junior Tomas Woldetensae had a decent night (3-of-4 from three, including a banked three), and Anthony looked mortal, if even that (12 points, 4-of-15 shooting, six turnovers in 36 minutes).

Since returning from knee surgery on Feb. 1, Anthony has averaged 20.3 points per game, but he’s shooting an alarming 30.6 percent from the floor, and 21.4 percent from three, on 18 shots a game.

He’s not getting to the rim quite as much (19.4 percent of his shot attempts have been at the rim over the last four, versus 22.3 in the nine games he played in November and December).

Brandon Robinson, the team’s third-leading scorer (13.1 ppg), is out with a sprained ankle suffered in the closing moments of the loss to Boston College on Feb. 1, as if things can’t get any worse for Roy Williams.

Ol’ Roy famously hates going zone, which is good, because just about everybody else has come to the realization that the zone is kryptonite to this Virginia outfit.

That said, you saw the UVA offensive numbers from the first game, and they were indeed offensive, so maybe that doesn’t matter.