Warner on Iowa: Lessons to be learned from debacle 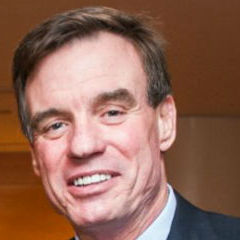 The ongoing, at this writing, wait for results from the Iowa Democratic caucus is, to U.S. Sen. Mark Warner, a learning moment with an eye to November.

“As the Department of Homeland Security has said, there is no indication that the failures associated with the app from last night’s caucuses were the result of malicious cyber activity. But the continuing chaos in Iowa is illustrative of our overall failure to take sufficient steps to protect the integrity of our election systems,” said Warner, D-Va., vice chairman of the Senate Intelligence Committee and co-chair of the Senate Cybersecurity Caucus.

The issue in Iowa, embarrassing at it is to Democrats, appears to be simple human error. Shadow Inc., the company that developed a smartphone app that was to be used to report caucus reports, apologized for the delay in a series of tweets Tuesday afternoon, claiming in one tweet that “the underlying data and collection process via Shadow’s mobile caucus app was sound and accurate, but our process to transmit that caucus results data generated via the app to the Iowa Democratic Party was not.”

The company said it will “apply the lessons learned in the future” and that it has “already corrected the underlying technology issue.”

To Warner, the mess in Iowa is something to indeed try to learn from.

“We need to look holistically at protecting the security, integrity, and resiliency of election systems – from registration systems, to e-poll books, voting machines, tabulation machines, and election night reporting systems,” Warner said. “As the Senate Intelligence Committee has repeatedly emphasized, paper ballots are the least vulnerable to cyberattack, and at a minimum, all voter machines should have a voter-verified paper trail. What happened in Iowa last night underscores the necessity of all these measures were election-night systems to face a devastating hack.”

More from Warner on Iowa:

“But what we’ve also seen that this chaos has created an environment where misinformation is now running rampant online, further undermining confidence in the democratic process. As we’ve seen in the past, foreign actors like Russia and China won’t hesitate to latch onto this kind of content in order to add to the domestic discord and distrust in our elections.

“As we get further into the 2020 primaries, what happened in Iowa is an early warning sign that Congress, local officials, and the social media platform companies have much more work to do to ensure the integrity of our elections.”

With reporting by Chris Graham