Want to truly ‘give back’ to your community? These 5 business leaders show you how

Front Page » Business » Want to truly ‘give back’ to your community? These 5 business leaders show you how

What does it mean to give back — to really, truly give back? 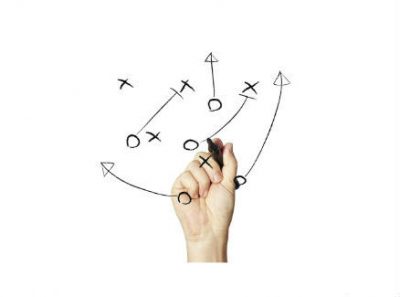 These five business leaders appear to have cracked the code. What’s immediately clear from this list is this: There’s no one-size-fits-all approach to personal or corporate philanthropy. What works for one philanthropist may not work for another; he or she likely has his or her own ideas about how best to support communities and causes close to the heart.

Let’s take a look at how these five leaders support the less fortunate among us — and what lessons their work might hold for others.

According to Business Insider, Bill and Melinda Gates are the world’s most generous philanthropists. Their combined contributions are eye-popping: Through their eponymous foundation, they’ve given away close to $40 billion to fight poverty, disease, and hunger around the world, including a staggering $4.6 billion in 2017. For raw philanthropic power, they’re hard to beat.

Majestic Steel USA CEO Todd Leebow’s approach to philanthropy is local and lower-key, though of course no less impactful for the individuals and communities he and his team touch. Leebow and Majestic Steel have committed thousands of associate hours to venerable organizations like Habitat for Humanity and the Ronald McDonald House; their efforts have made an indelible mark on a resurgent Cleveland.

Legendary investor has pledged to give away the vast bulk of his wealth, rather than pass it on to his children. He’s famously said that his children should inherit enough “to do anything they want, but [not enough] to do nothing.” Wise words, indeed.

Despite his relatively tender age — 40 is still a long way off for Facebook’s co-founder — Mark Zuckerberg has already made a major mark. That mark is visible, too; the Zuckerberg name adorns one of the Bay Area’s biggest hospitals, for starters.

Amazon founder and chairman Jeff Bezos has been in the news for all the wrong reasons lately, thanks to a very public (and very sordid) split with his longtime wife, Mackenzie.

But, for better or worse, the Bezos’ divorce shined a light on the couple’s very public efforts to make the world a better place. Indeed, Bezos’ former better half managed to one-up the richest man in the world when she pledged half her divorce settlement — worth nearly $40 billion — to charity.

Upping Your Philanthropy Game Isn’t as Hard as You Think

Even if you lack the resources of a Mark Zuckerberg or Jeff Bezos, you’re no doubt cognizant of your good fortune. You’re in an enviable position to give back to the communities that have done so much for you and support the causes closest to your heart.

Remind us: what’s standing in your way?

The truth is, increasing your personal and corporate philanthropy isn’t as challenging as you might think. With capable partners and a problem-solving mentality, you can do a tremendous amount of good in the world — in your backyard, across the country, or halfway around the planet. Here’s to a more generous future.