With more than enough moisture this spring and just enough sunny days, it looks like the 2019 sweet corn crop is off to a good start.

“We’ve been picking corn for probably 10 days, both white corn and bi-color, and it all looks good,” said Sara Reese of Reese’s Farm Fresh Produce in Halifax County. “We didn’t get much rain until a couple of weeks ago. It’s looking like a good crop so far and selling really well.” 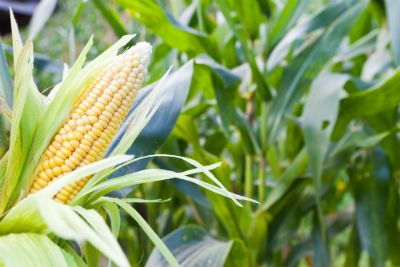 Ashton McCullough of Cromwell’s Produce in Virginia Beach echoed those sentiments. “It’s been a good year, and we had plenty of corn for the first official weekend of the summer.”

Not all farmers have a crop ready now, though. They haven’t planted corn at Jeter Farm in Roanoke County.

“We plant ours late on purpose so we can sell it at our corn maze in the fall,” noted Ned Jeter Jr., the farm’s owner. “We have a lot of people who come on weekends, so we want to have a farmers market here in the fall instead of right now. We’re actually going to plant it this week. If we do our math right, it will be ready in late September.”

Sweet corn represents a small portion of Virginia’s $228 million corn production; the majority grown is field corn, which is harvested for animal feed.

The USDA crop report noted that 75 percent of the field corn crop is in good to excellent condition. Ninety-six percent of that crop had emerged, ahead of the five-year average of 94 percent at the same time of the year.