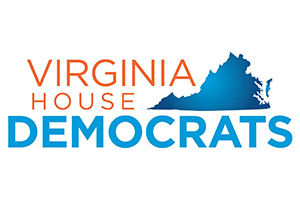 Democratic candidates have filed to run in 90 of 100 House districts, including the 49 seats currently held by Democrats, surpassing their numbers from the 2017 Blue Wave.

“The level of candidate and voter enthusiasm is extraordinary,” said House Democratic Leader Eileen Filler-Corn (D-Fairfax). “Rather than slowing down, we’re seeing that Democrats are more energized than ever to build on our 2017 victories and achieve even more legislative successes, like expanding access to affordable healthcare.”

“Representation matters,” said House Democratic Caucus Chair Charniele Herring (D-Alexandria). “It’s long past time that the Virginia House of Delegates more accurately reflects the Virginians whose lives are impacted by the decisions of our state government.”

House Democratic candidates also represent a diversity in backgrounds, whose personal lives and professional experiences promise to bring valuable and informed leadership to the House of Delegates.

“It’s great to see both first-time and veteran candidates energized to run,” said House Democratic Campaign Chair Rip Sullivan (D-Arlington). “Several of this year’s Democratic candidates came close to unseating the Republican incumbents in their districts in 2017, including Larry Barnett, a mental health professional in Chesterfield; Shelly Simonds, a school board member in Newport News; and Josh Cole, an education professional and youth minister in Stafford. We’re thrilled to see these strong candidates come back to flip their districts this year.”

Other Democratic candidates are running competitive races in areas traditionally thought to be Republican strongholds. Rhonda Seltz, running in HD-8, lost her sister to drug addiction because she did not have access to healthcare. Irina Khanin in HD-29 is a child advocate attorney who immigrated to the United States from the former Soviet Union. Elizabeth Alcorn in HD-58 is a healthcare professional who volunteers dental care to low-income communities. Jennifer Lewis in HD-20 is a mental health worker and sustainability advocate fighting for rural Virginians.

“This year, House Republicans are going to do all they can to distract Virginians from policy issues and the bad votes their members have taken,” said House Democratic Caucus Executive Director Trevor Southerland. “We know that voter enthusiasm is on our side, and we win on the issues, including expanding access to affordable healthcare, strengthening pre k-12 education, and giving working Virginians the raise they need. Our job in 2019 is to introduce our incredible slate of candidates to voters across the Commonwealth.”