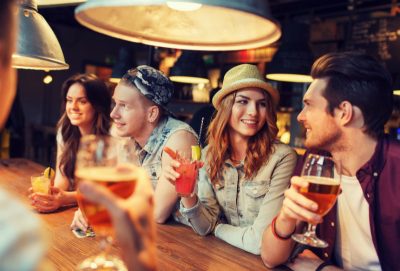 “Virginia distilleries provide a growing market for our Commonwealth’s agricultural products, and we are proud to support companies like Catoctin Creek and Reservoir as they pursue export opportunities and forge important relationships around the world,” said Governor Northam. “Foreign trade and investment are key to strengthening and diversifying our economy, and these two international partnerships are a perfect example Virginia’s commitment to helping businesses of all sizes explore new sales channels and compete both at home and abroad.”

“VDACS international marketing resources both in Virginia and in representative offices around the world are designed to introduce Virginia beverage, food, agriculture, and forestry companies to profitable sales opportunities.  We are so pleased to see successes like this resulting from those efforts,” said Secretary of Agriculture and Forestry Bettina Ring. “Catoctin Creek and Reservoir, and many of the more than 70 distilleries around the Commonwealth, source grains such as corn, rye, and wheat from local producers, making these new sales opportunities successes not only for the spirits industry but also for all of Virginia agriculture. Some of their barrels are also made with Virginia oak.”

Founded by Becky and Scott Harris in 2009, Catoctin Creek was the first legal distillery in Loudoun County since before Prohibition. Catoctin Creek’s flagship product, Roundstone Rye, is a rye whiskey replicating traditional production methods and has been awarded gold medals across the globe. Catoctin Creek was first introduced to Hanseathische Weinhandelsgesellschaft Bremen (Hawe) at Bar Convent Berlin, where it participated in the “Virginia Is for Spirits Lovers”-themed booth hosted by VDACS. The VDACS European representative office identified Hawe as a potential German partner for Virginia distilleries and made the initial introduction to Catoctin Creek.

“We’d visited Germany a few times looking for the right partner in the market,” said Scott Harris, co-founder of Catoctin Creek. “The Virginia booth at Bar Convent and the effort made by the VDACS trade representative to bring prospective buyers to see us there gave us the visibility we’ve needed. We’re so excited for this opportunity with such a reputable importer of premium spirits.”

“We have taken advantage of every opportunity VDACS has offered to expose us to international buyers and markets and are thankful Virginia has such valuable resources to assist small companies like ours with our export efforts,” said Dave Cuttino, co-founder and general manager of Reservoir. “We are excited to continue growing our brand in Europe.”

In 2018, Virginia exported $1.5 million in spirits to foreign markets, an increase of more than 13 percent over 2017. The Distilled Spirits Council of the United States reports that distilled spirits exports grew more than 14 percent from 2014 to 2018.