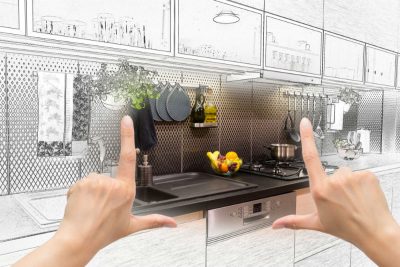 If you’ve never visited Virginia Beach, this news might come as a surprise to you, but it honestly makes a lot of sense. Between all the creative inspiration, the solid number of jobs, and the great interior design schools in Virginia, it’s really no wonder that Virginia Beach fared quite well in this study.

The ViBe Creative District, for example, is one of the best sources of creative inspiration for interior designers in Virginia Beach. If you’ve never had the pleasure of exploring ViBe, it’s essentially a mural-filled playground for local creatives to come together and collaborate. Oh, and did we mention that it’s oceanfront and houses a Farmer’s Market, too? It’s true. And there’s really no combo like local arts, eats, and the ocean to get your creative juices flowing.

But besides ViBe, Virginia Beach has plenty of other inspiring spaces for those interested in interior design. Like the beach itself, for instance. Because if a day on the beach, toes in the sand, the sound of waves crashing behind you, can’t clear your mind and help you to channel your creative energy, then honestly, what can?

Or, if you’re not a beach person, an afternoon at the art museum could be a great alternative to get through the inevitable ruts in creativity that come with working in interior design. Sound like your cup of tea? Then the Virginia Museum of Contemporary Art might be just what the doctor ordered. From the embroidery studio to the ARTini exhibition, we have no doubt that designers across the area have found the VMCA to be a creative haven.

But inspiring creative spaces weren’t the only reason Virginia Beach earned a spot as one of the top interior design cities in the country, right? The plentiful job opportunities probably had a little something to do with it, too.

There are some fantastic interior design firms in Virginia Beach that are definitely worth checking out. From the Sterling Seahorse to U & I Home Decorating and Staging to Tanson Interior Designs, all of which have between 4.5 and 5 star Google ratings, you’ll have plenty of employers to choose from. Plus, according to Indeed, there are almost 80 open interior design jobs in Virginia Beach at the moment —  so you’ll have options.