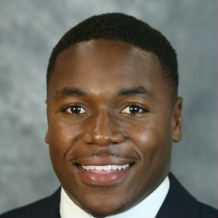 UVA wide receiver and kick return specialist Joe Reed has been named one of four finalists for the Paul Hornung Award.

The Paul Hornung Award presented by Texas Roadhouse annually recognizes the most versatile player in major college football. In the 10th season of the award, Reed is UVA’s first finalist.

Reed (Sr., Charlotte Court House, Va.) has 1,269 all-purpose yards receiving, returning kicks and rushing. He is second in the nation with 35.4 yards per kickoff return and is the only player in the nation with 500+ kick return yards (743) and 500+ receiving yards (530). Reed has caught five touchdown passes on the season and returned a kickoff 100 yards for a score against William & Mary and 95 yards for a score against Duke. He scored the game-tying touchdown against FSU. He made the Paul Hornung Award Honor Roll twice during the season, following wins over FSU and Duke.

Fan voting for the winner, powered by Texas Roadhouse, opens today and continues through Dec. 8, 2019, at www.paulhornungaward.com and will again count as the 18th vote. Fans can vote once every 24 hours for their favorite among the four finalists.

“These guys are tough and are willing to do whatever it takes to help their teams win football games,” Hornung said. “That’s the way I played the game.”

Nicknamed The Golden Boy, Hornung was a Heisman Trophy-winning quarterback at Notre Dame in 1956 and the NFL’s Most Valuable Player with the Green Bay Packers whose versatility earned him enshrinement in both the College and Pro Football Halls of Fame. At Notre Dame, Hornung played every position in the offensive backfield, handled punting and placekicking duties, returned kickoffs, and started at safety on defense. He set an NFL single-season scoring record for the champion Green Bay Packers in 1961 that stood for 46 years.

All votes for the Paul Hornung Award are independently tabulated by regional accounting firm Dean Dorton, one of the largest accounting and financial advisory firms in Kentucky, with offices in Louisville and Lexington. The winner and his family will be honored on March 4, 2020, at the annual Paul Hornung Award Banquet at the Galt House Hotel in downtown Louisville. For banquet tickets, contact Julie Howell at 502-587-6742 or JHowell@Louisvillesports.org.

The Louisville Sports Commission successfully launched the Paul Hornung Award in 2010 to honor its namesake and native son, and to promote outstanding performances by versatile college football players who often go unnoticed.