New reports from Activision Blizzard and Newzoo show that the gaming market will generate around  $148.1 billion in revenue in 2019. This reports directly correlates with the undeniable fact that mobile gaming has become increasingly popular nowadays with over 2.4 billion current mobile gamers. Even the legendary Japanese game developer, Konami also revealed that the mobiles will dominate the future of gaming and with its recently launched Nintendo 3DS, it is doing pretty well. 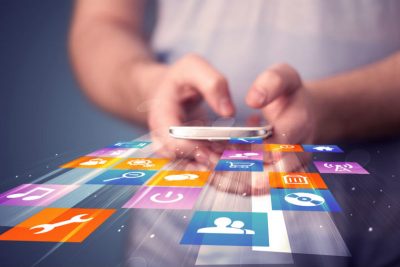 From monochrome Snake to entire Virtual worlds, we have come a long way since the days of the inception of mobile gaming. From a couple of thousand polygons to millions of them, more immersive visuals are expected from future mobile games. But, what comes next? What does the future of mobile gaming really look like?

With the world moving towards 5G completely in the next couple of years, it is inevitable that future mobile games will include more social and multiplayer features. If you look at the technology today, it has been consistently moving towards embracing social engagement. Take a look at the Live casino games and PUBG where you will find live chat features, leaderboards and real-time person to person engagement. Moreover, in the future, resource demanding games will require exponentially faster download and upload speeds. Who hasn’t faced the annoying task of downloading additional content for a game during the initial launch? Well, 5G speeds promising 1GBps speeds, this won’t be an issue in the future. 60FPS and HD streaming will become common. More 5G phones will be released and just like video-on-demand services, game streaming will dominate thanks to the convenience

With hundreds of game fanatics cheering for their favourite team, E-Sports have become a global phenomenon in a short period of time. Traditionally, it’s linked with consoles and PCs but with mobile games like Clash Royale and Vainglory making headlines in the E-Sports arena, who knows? The future E-Sports tournaments will be probably tailor-made for mobile gamers. Considering the cost of expensive PC and console hardware, smartphones are much easier to manage for the E-Sports developers and with such widespread availability of mobile phone users, E-Sports video streaming could reach billions of players.

Augmented Reality and Virtual Reality has taken player interactivity with games to a whole different level. Take Pokemon Go as an example. It managed to lure millions of people to get out of their bed and catch virtual beasts capturing the imagination of millions. With AR and the ability to project digital objects over the real world, future gaming will involve more interactivity and complexity. Coming to VR, have you played Batman Arkham VR? The realistic virtual environment is truly a piece if marvel and makes you feel like the Dark Knight itself. In the future, more and more mobile developers will come forward to incorporate VR to attract mobile players. Imagine watching a live mobile streaming game with other players in a spaceship? The possibilities are endless! Even mobile casino gaming developers are enthusiastic about these technologies and are rushing to offer players with AR and VR casino games.

With smartphones cropping up every year with better computing capabilities, AR and VR will be adopted more in the coming years. VR and AR are such technology which retains the social aspect of a game that is itself a unique feat of engineering. The unique property of these games to sustain social interaction is worth celebrating and we firmly believe that it will have a huge impact on future mobile games.

Big corporations like Nvidia, Google, Microsoft, and PlayStation have jumped on the bandwagon to offer gaming as a service. Cloud gaming is the future of mobile gaming. You can already do so much now. Take a look at Nvidia’s GeForce Now which allows players to stream their game catalogues to Mac, Windows and Shield TV set-top box. Recently, Google has partnered with Ubisoft to offer a streaming service like Google Stadia. Already, you can use similar cloud services to stream games to your mobile phones with Microsoft’s xCloud, powered by Xbox consoles.

Apple is also investing in its new gaming service that is bound to redefine mobile gaming. It is an all in one gaming service unlike any other in the market that pushes storytelling and game designing to a whole new level. In the future, the company promises on delivering seamless gaming transition between multiple Apple devices. In the future, the company is expected to join forces with other innovative game developers to push the boundaries of mobile gaming.

Besides this, you will see more story-driven games in the future. This is not too far fetched considering the fact that games like OPUS and Bury me my Love have received awards for their telltale story series that rivals their PC and console counterparts. Expect more big video game publishers like Blizzard, EA, and Square Enix to capitalise on this territory as they realize the full potential of the mobile gaming market. You can already see how much popular the mobile iterations of video games have become such as PUBG, Fortnite, and Paladins. Along with absurdly powerful smartphones and the mentioned technologies, the mobile gaming landscape is pretty much laid out and is expected to flourish in the coming years.