The richest people and their habits

Front Page » Business » The richest people and their habits 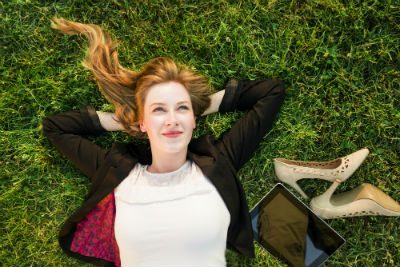 To imagine the value of the richest man on the planet today’s founder and owner of the American company Amazon, Jeff Bezos, watch such comparisons:

1 million seconds is 12 days. 1 billion seconds is 32 years old! Assuming that 54-year-old Jeff spends one dollar per second (provided that from now on he earns nothing more and the dollar is not subject to any inflation or deflation), his fortune of $112 billion will suffice for 3600 years! If we count this period from today, we fall under the rule of the 14th Dynasty of Ancient Egypt!

As it always happens in life, the wealth is distributed unevenly: some have a lot of money, others have nothing at all… Swiss Credit Suisse bank has made a rating of the countries of the world, where the difference between poor and rich is especially provocative. The calculation was based on how much each country’s national wealth accounts for 1% of the richest part of its population. This rating is “honorable” headed by Russia, where the uneven distribution of wealth is the largest in the world: 1% of the richest part of the country’s population accounts for 74.5% of the total wealth of the state.

Rich people have many established habits. One of them is to own a sports club. According to the multinational media company UBM, the 140 best sports clubs around the world belong to 109 millionaires. 60 owners from the USA, 29 from Asia and 20 from Europe. The average age of these owners is 68 years, and the average condition is $5 billion.

More than 2/3 of Americans are owners of American football, basketball and baseball clubs – the most popular sports in the U.S. In the UK, respectively, 9 out of 20 rich owners run Premier League football clubs. If you take the Chinese richest people, at first they turned their views on European football, but now more invested in their own market, investing in Chinese teams in various sports.

And in general, the world’s most popular among rich people is considered to own a football club (what is called “soccer” in the U.S.) and has nothing to do with American football. By the way, the latest news about AS Monaco, which belongs to Dmitry Rybolovlev, is impressive. Read the article and find out how the owners of the club take part in the development of the club, not only investing money but also deed.

Among the famous businessmen, there are many collectors. For example, Ilon Mask loves cars very much. In general, it is quite common for millionaires and billionaires to own their own car fleet.

And the beloved wife of the famous basketball player Michael Jordan is a Cuban model Yvette Prieto, who is fond of collecting. However, not everyone can afford such a hobby – she collects precious jewelry.

Intelligent rich people prefer to read an interesting book in their spare time. For example, the most famous billionaire Bill Gates loves good books and often writes reviews to his favorite books on his page Instagram.

Billionaires, like everyone else in the world, love to eat and drink deliciously. And sometimes they do not mind and cook something with their own hands. For example, the founder of the famous Uber taxi service – Travis Kalanik, likes to cook delicious food with his own hands.

Other hobbies of billionaires include art collectors, good watches, fashion brands, and their own collections and political activities. Yes, it is politics that 22% of the rich people surveyed named their hobby.