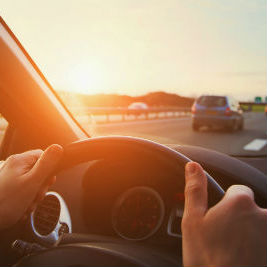 The 18th annual Checkpoint Strikeforce campaign and enforcement effort is back on Virginia’s roads through the end of 2019 to spread awareness and combat the rise in drunk and distracted driving deaths.

“We want everyone to enjoy their New Year’s celebrations, but it’s important that you do so without putting yourself or others in danger on our roadways,” said Governor Northam. “I urge all Virginians to designate a sober driver, call a friend, or take advantage of public transportation and taxi and ride share services. We also thank our law enforcement professionals for their hard work this holiday season—this effort is about reducing impaired driving and saving lives.”

In 2018, 278 people lost their lives on Virginia roads as a result of alcohol-impaired driving, which was almost 34 percent of all traffic fatalities. Data shows that drunk driving deaths spike around the holidays—nationally, the percentage of traffic fatalities caused by drunk drivers rose to 38 percent during the 2018 holiday season. In partnership with the National Highway Traffic Safety Administration’s “Drive Sober or Get Pulled Over” mobilization efforts, 90 law enforcement agencies across the Commonwealth—including local and Virginia State Police—are operating 82 checkpoints and 730 saturation patrols this holiday season.

The Washington Regional Alcohol Program is the non-profit that serves as the project director for Virginia’s Checkpoint Strikeforce campaign, which is funded by the Virginia Department of Motor Vehicles. The Checkpoint Strikeforce campaign combines high-visibility enforcement with research-based advertising to remind Virginians to make the responsible decision to get a safe ride home.

“Law enforcement professionals are on our roads every day of the year to protect citizens, and we need people to do their part during one of the busiest and most heavily-traveled times of the holiday season,” said President and CEO of the Washington Regional Alcohol Program Kurt Erickson. “Together, these increased patrols and advertising campaigns work to raise awareness, deter would-be drunk drivers from getting behind the wheel, and prevent unnecessary tragedy.”

Complementing the high visibility enforcement, Checkpoint Strikeforce is running a surround-sound ad campaign called “Act Like It.” The campaign reminds viewers that drinking and driving is irresponsible—if you are old enough to drink, act like it. Get a safe ride home. To review alternative transportation options and to see the 30-second ad, visit www.ActLikeIt.org.

Checkpoint Strikeforce is part of a research-based multi-state, zero tolerance initiative designed to get impaired drivers off the roads using checkpoints and patrols along with education about the dangers and consequences of driving while intoxicated.

Virginia’s Checkpoint Strikeforce campaign is supported by a grant from the Virginia Department of Motor Vehicles to the nonprofit and Falls Church-based Washington Regional Alcohol Program (WRAP).