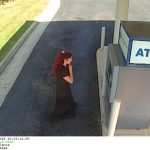 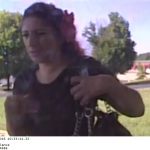 Update: Wednesday, 6:11 p.m. The Waynesboro Police Department has released photos of a suspect in the incident involving skimming devices placed at two ATMs at the DuPont Community Credit Union over the weekend.

Original post: Tuesday, 6 p.m. The Waynesboro Police Department is investigating another incident of skimming devices found at a city financial institution over the weekend.  An alert customer noticed the devices on the two ATMs at the DuPont Community Credit Union, 140 Lucy Lane.

On August 28 at approximately 12:45 PM, a 38-year-old Stuarts Draft man was at the credit union planning to use one of the outdoor ATMs.  Before he inserted his card, he noticed that the card reader cover appeared loose.  He wiggled it and it come off the machine.  The complainant mentioned to police that had been alerted by DCCU of past skimming attempts at their branches and determined this to be a skimming device.  The device was the same color and shape as the existing card reader cover and simply fit over it.

A skimmer captures the information of any debit or credit card that is inserted in it.

In addition to skimmer, a gray box with a pin-hole camera was put on the upper right corner of the ATM.  The camera is designed to record a customer’s PIN when it is entered into the ATM. The box was painted to match the outside of the ATM.  The customer found that the second ATM at the branch was also equipped with skimming devices.

DCCU has identified and contacted all members that used the ATM during the period the devices were in place.  No other members are affected.

The Police Department is recommending anyone who uses outdoor credit or debit card swiping machines, such as ATMs, pay at the pump gas or car wash kiosks, to use caution and inspect the card reader before using it.

The Police Department is hoping to review the ATMs’ security footage in an attempt to identify a suspect.