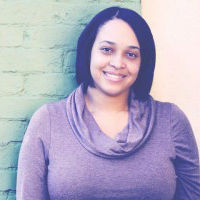 Jones, a longtime resident of Staunton, brings to the position extensive experience in journalism, communications, marketing and media relations.  Presently, she serves as director of communications for the Blue Ridge Area Food Bank, a position she’s held for the last seven years.  Prior to that, Jones was a reporter at The News Leader, Staunton’s daily newspaper.  Jones also is a member of the Staunton Food Policy Council, a body that advises the city manager on ways in which to make healthy, local food available to all city residents, regardless of income.

Owen expressed great confidence in Jones and the talents she will bring to the city’s efforts to enhance its connection with residents and businesses.  “We are so fortunate to have Ruth joining our team.  She will bring a much more focused approach to the city’s communications efforts,” he said.

Dr. Linda Reviea, Division Superintendent for Staunton City Schools, added: “Ms. Jones’ knowledge of our community and her expertise in public relations will strengthen the communication efforts of the school division with all of our citizens.  She will be an asset to both the city and the school division.”

Jones will officially join the city on January 5.