Criminals will benefit from the Second Amendment sanctuary 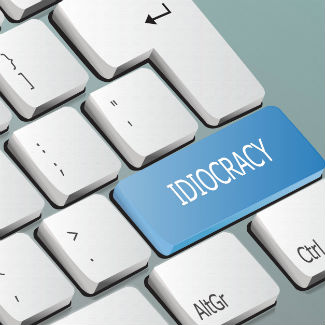 Is it possible that so-called Second Amendment sanctuaries, ahem, Augusta County, looking at you, are setting themselves up as havens for criminal activity?

Didn’t think about that one, did you?

But this could very well be one result of the resistance to a State Senate bill that the sanctuary advocates argue is, as currently written, far too sweeping, to the point that it would turn thousands of gun owners into felons overnight.

Which, aside here, where they’re getting their numbers on this part of the argument is an interesting point to ponder.

One thing you hear often from the Second Amendment absolutists is resistance to any kind of gun registries, but the data you’re hearing thrown around in the context of this sanctuary discussion sounds awfully specific.

Either somebody on the advocacy side of this is keeping numbers that folks on that side otherwise say they don’t want anybody else to be keeping, or they’re pulling them out of thin air.

Let that one sink in.

And now, back to where we were, where the sanctuary movement has declared this as-yet-not-law law unenforceable.

Skip past how the legislative process is supposed to play out to allow deficiencies in language in code sections to be addressed before anything is codified, because nobody on the sanctuary side wants anything resembling compromise.

Their read of the Second Amendment starts after the comma, is another way to put it.

Ahem. So, they’re making it clear that their allies in law enforcement, Smith and other sheriffs in rural Virginia who have made it clear that they won’t enforce new gun-control legislation coming out of Richmond that they deem to be unconstitutional, will just continue with business as usual.

Let’s examine that idea in practice.

The advocates tell us that the legislation as proposed would require law enforcement to confiscate assault weapons, which of course it doesn’t do – neither the word “confiscate” or anything resembling that word appears in the bill prefiled by Senate Majority Leader Dick Saslaw, D-Fairfax.

There’s a process here. Tips from the public or observations by quick-witted officers of the law lead to the development of additional information, and when it gets to a tipping point, a request is made to obtain a search warrant, which is granted or not.

Realistically, is any law-enforcement agency anywhere going to go through the levels of the investigative process necessary to eventually make an arrest just because you happen to have one gun that may or may not fall under the scope of a new state law, in the absence of anything else demanding such attention?

Authorities don’t have the resources to go after everything going on now in terms of just petty criminal activity, low-level crimes like burglaries and small-dollar drug sales, much less the big stuff.

Which is how we get to the reality that: a new law banning assault weapons would only come into play in the course of investigations into other criminal activities.

Even now, come on, we all know, seat-belt laws aren’t secondary violations anymore, but you’re not getting pulled over driving 54 in a 55 zone if you’re not wearing your seat belt.

The same is going to be the case with respect to the enforcement of an assault-weapons ban.

Authorities investigating other alleged crimes – illicit drug sales, burglary rings, violent interpersonal crimes, etc. – would have something else in their enforcement arsenal.

That’s how this ends up playing out in practice.

It’s an add-on, after the fact, something else for investigators and ultimately prosecutors to use to try to tack on additional years to a sentence in the event of a conviction for something else.

To the lede that I used to get your attention, then.

Admittedly, yeah, a bit of hyperbole on my part.

Are, for example, meth kingpins in NoVa or New York or wherever going to read the news about Donald Smith not wanting to enforce assault-weapons bans and say, hey, we should move our operations to Augusta County?

Actually, there’s a reason we have a big meth problem here, and it’s a lot bigger than whether or not the sheriff’s office and the two local police departments give any thought about how the dealers are armed.

Meth dealers are, at their core, business people. It could be the case that the ones who have set up shop here looked at the costs of doing business, a big cost being the potential resistence from the local law enforcement, looked at our area, and its woefully underfunded, understaffed, under-resourced agencies, and decided, good place to do business, let’s go.

Any move by local law enforcement to not enforce laws on the books that could expose them to longer prison sentences in the event they are caught, prosecuted, convicted, it’s a situation from their perspective of, hey, don’t know why you’re doing us this favor, but, anyway, thanks.

That’s the only real effect of your sanctuary, folks.

But, hey, you really owned the libs, didn’t you?